Ron Ng gets yanked off stage by fan and shouts: "My hand is about to break off!" 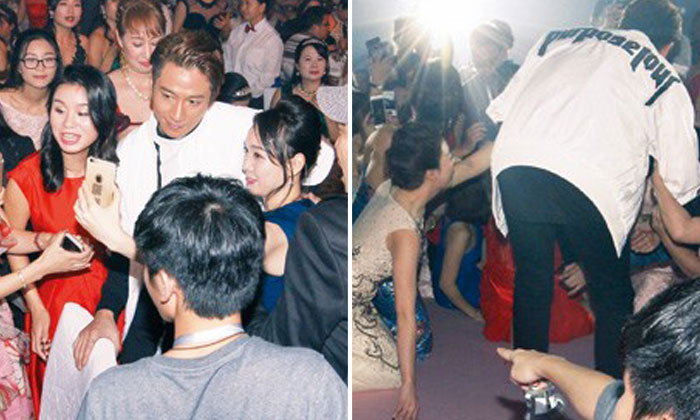 He has been cast in Andy Lau's new film, Shock Wave and has made a series of stage appearances.

According to Jayne Stars, Ron was almost forcefully pulled off stage by an overenthusiastic fan while performing in Shenzhen.

He sang 'Red Butterfly' and 'King Kong' at a recent concert as a guest performer.

Taking a break from dancing, Ron entertained the crowd and shook hands with some of his fans sitting near the front.

However, one of them pulled on his hand so hard that he was unable to free himself, causing him to shout out, "My hand is about to break off!"

Although the show drained his energy, he was still able to spend the rest of the night taking photos with his fans.