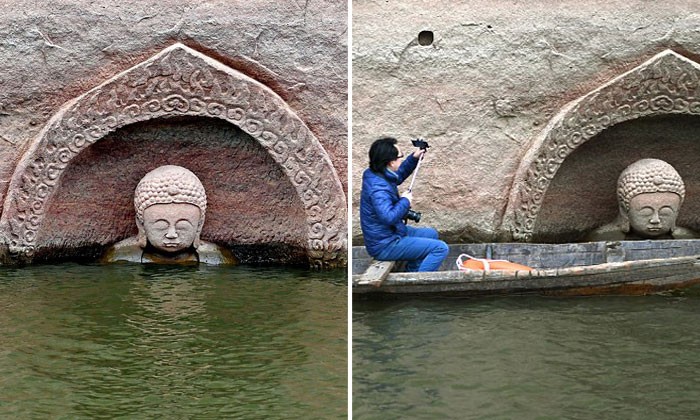 Some villagers in Fuzhou, Jiangxi Nancheng County, China found a Buddha head and a decree which was exposed after Hongmen Reservoir water level significantly reduced.

The water level had decreased after a spillway gate renovation.

Archaeological experts judged the exposed surface of the Buddha to be of the Ming Dynasty and discovered chisel marks on the cliff in a number of square holes.

This indicates there might have been a temple built in the area, as reported by Xinhua.

According to Nancheng County Bureau of the new Secretary Huang Lingyun, part of the stone has been preserved by the county museum.

"Filial piety" inscriptions were also discovered on the stone.

Hongmen Reservoir underwater exploration work will continue until 15 days so that archaeologists will obtain basic data such as hydrology and geography of the reservoir as well as the underwater detection images, through sonar and other equipment.

The Hongmen Reservoir was founded in 1958 and is located in 2 counties within the region Lichuan and Nancheng, with a total capacity of 1.2 billion cubic meters.