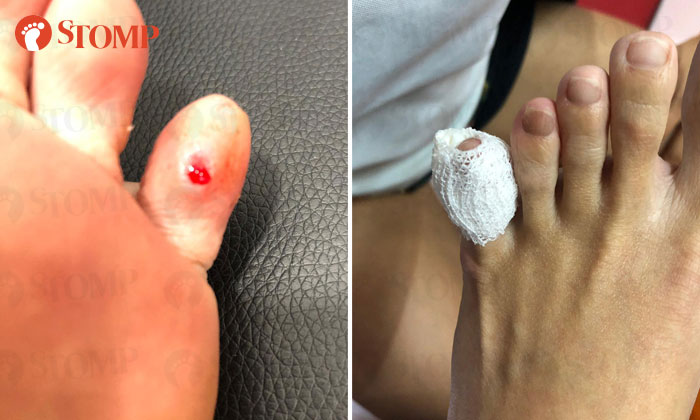 However, she was horrified when a piece of skin on her small left toe was shaved off just five to 10 minutes into the session.

"I was visiting my sister in Tiong Bahru when she suggested I try Lotus Nail at Jalan Bukit Ho Swee," said J.

"It was an impromptu decision and I walked in without an appointment.

"The woman started with the pedicure first and I immediately noticed she was not very focused and very rough.

"She used some sort of blade to shave off the dead skin.

"When she cut off my skin, I shouted in pain but she turned aggressive and scolded me and said it's my fault for having a layer of dried skin.

"She then left me and did not give me any medical attention until I asked her for some help.

"She offered to give me some antiseptic drops but as I did not know where they came from, I wasn't confident and declined.

Eventually, J called her sister who came down with her husband and some bandages to help her dress the wound.

"I told her to come down to my neighbourhood in Sengkang the next day where I would visit a doctor to make sure there was no infection.

"I texted her at night and there was no response.

"The next morning she became uncontactable.

"The first few messages I sent she blue ticked and after that, she refused to read them. 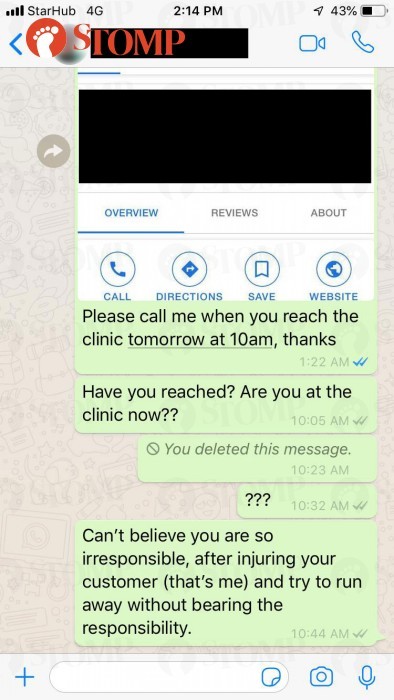 J told Stomp she was disappointed as she felt the salon should be accountable for what happened.

"She was elusive to all my calls and messages but eventually talked to my sister on the phone," she said.

"However, she refused to come down to the clinic and said we were troublemakers."

J said she was administered an injection by a doctor as a precautionary measure.

She also shared with Stomp a medical letter she got from the doctor. 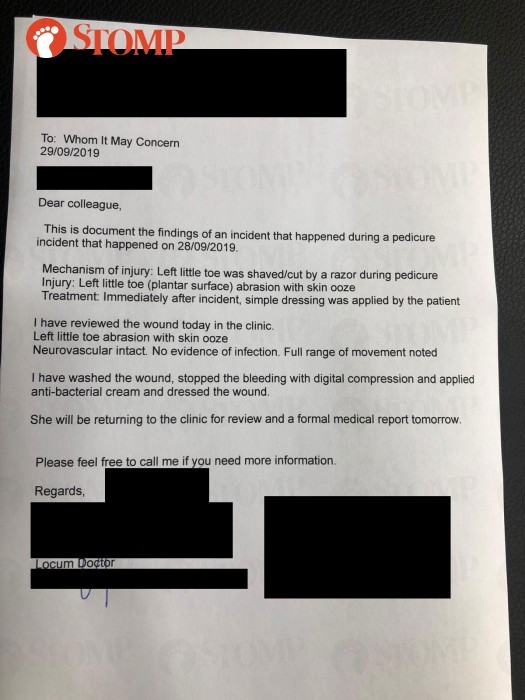 She still finds it painful to walk and the wound stings when it comes into contact with water.

"I did not do anything wrong."

J has since made a police report.