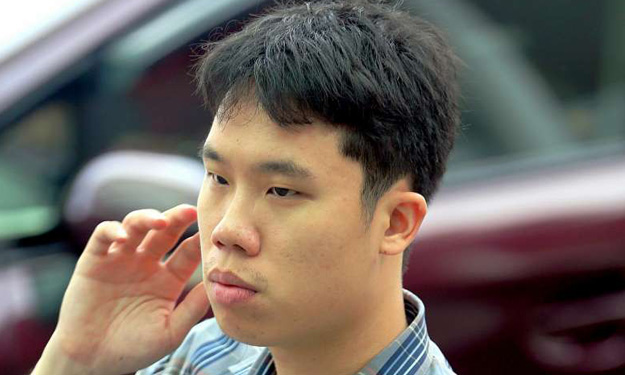 A former Singapore Management University (SMU) student who used his cellphone and a spy pen camera to capture upskirt videos of numerous women was jailed for 28 weeks on Thursday (March 24).

In April 2014, he bought a pen camcorder from eBay to take upskirt videos of unsuspecting female victims to satisfy his sexual desire.

Before that, he had been using his phone to take upskirt videos. He had done so between 2013 and 2014 in places including SMU, the escalator at Plaza Singapura, Daiso outlet there, and his previous workplace.

The court heard that he was at Daiso at the Orchard Road shopping mall on April 29, 2014 when he spotted a 22-year-old woman wearing a white skirt and black undergarment.

He used his pen camcorder to take an upskirt video of her.

He clipped the device onto his notebook and walked towards the woman from the back. He then put the pen camera under her skirt and took a video of her inner thigh and undergarment, not realising that someone had seen him doing so.

The passer-by informed the woman and her friend and the police were called.

Twenty-six upskirt videos were found in Chang's mobile phone, pen camcorder, two laptops and hard disk after they were analysed.

Two of the victims, aged 22 and 25, were known to him. The identities of the others are unknown.

His lawyer Josephus Tan said his client was arrested a few weeks before he was going to graduate from SMU. He said Chang, who has been diagnosed with voyeuristic disorder, is undergoing treatment and wants to put this behind him.

Seeking a total sentence of nine months' jail, the prosecutor said Chang used a miniature recording device, which was an aggravating factor as it was harder to detect. There was a risk of circulation, and multiple victims were involved in this case.

District Judge Adam Nakhoda took 16 other similar charges into consideration in sentencing. Chang could have been jailed for up to one year and/or fined on each charge.

elena@sph.com.sg
This article was first published on March 24, 2016.
Get a copy of The Straits Times or go to straitstimes.com for more stories.