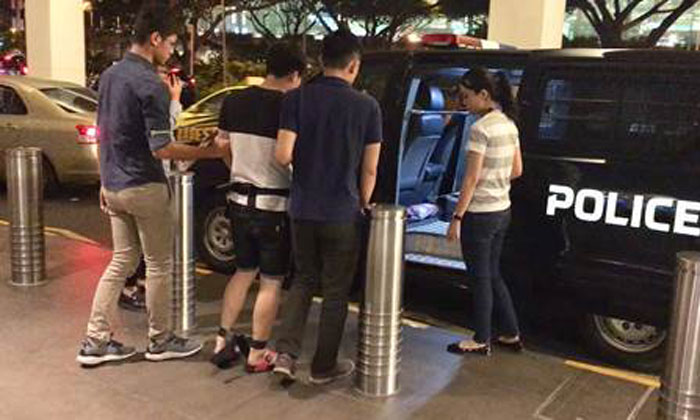 The police have arrested a 23-year-old Malaysian man for his suspected involvement in police officer impersonation scam amounting to $270,000.

In a news release on Friday (Oct 20), the police said that a 39-year-old woman made a report on July 14 this year after receiving a call from a man who claimed to be a police officer on Jul 11.

She was told that she was being investigated by the police for money laundering offences.

Her call was then transferred to another unknown person who identified himself as a police officer from a foreign country.

She was then asked to provide her mobile number, bank account number and credit card details.

She was then given a web link which listed her as a "suspect" in a money-laundering case, which put her in a state of fear.

On Jul 12 and 13, the victim met with a few men she did not know to hand over cash amounting to $270,000 on two separate occasions near Tiong Bahru Market and Kramat Lane to verify the authenticity of her cash in order to absolve her from her alleged involvement in money-laundering activities.

After extensive investigative enquiries, officers from the Central Police Division established the identities of the suspects.

Three of them were arrested on July 20 and Aug 25, and one was charged in court on July 22.

On Thursday (Oct 19), the latest suspect, a 23-year-old man, was arrested in Malaysia with the help of and in close collaboration with the Royal Malaysia Police (RMP).

He was extradited to Singapore on Friday (Oct 20).

If convicted, he can be jailed up to 10 years and fined.

Commander of Central Police Division and Assistant Commissioner ofPolice, Arthur Law, expressed his appreciation to RMP for their assistance in the arrest and said, “The arrest of the suspect was made possible through the strong support of the RMP, whom we share close ties with. The SPF will do its utmost to track down those who have committed crimes here and flee Singapore thereafter. With the assistance of our counterparts from foreign law enforcement agencies, we will ensure that justice is served.”