Teens in S'pore get pilot licence -- even before they can drive 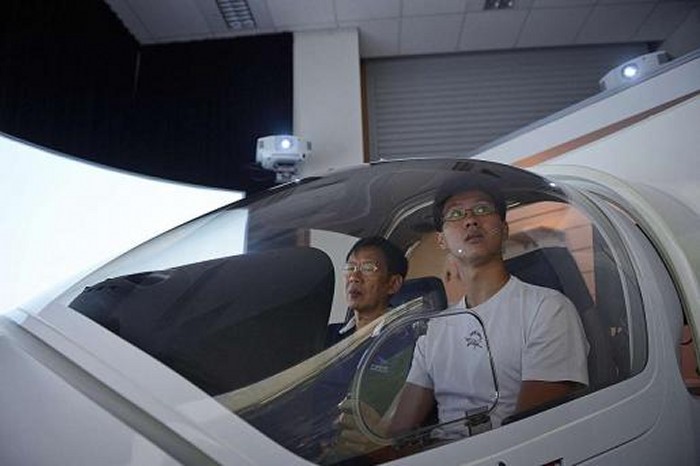 At an age when most teenagers are obsessed with pop culture and sports stars, Matthew Chia has something else to be excited about.

The 17-year-old has a Private Pilot Licence (PPL) that qualifies him to fly an aircraft - even before he can legally drive a car.

"I thought it was cool that I was actually flying a plane the first time I went up in the air. The more I flew, the more I loved flying," said the aeronautical engineering student from Singapore Polytechnic who got his licence to fly this March.

Matthew is one of 6,000 students from the Singapore Youth Flying Club (SYFC) who have learnt to fly at the only flight school in Singapore that caters solely to students since the school started in 1971.

Like Matthew, slightly more than a thousand of these students have gone on to get their PPL.

The club, funded mainly by the Ministry of Defence, marks its 45th anniversary this year.

Almost five decades on, the club's mission to promote interest in aviation among youth and groom them for a potential career in the airforce remains unchanged.

The club's acting general manager Daniel Tan, 48, said: "Teenagers dream of being pilots. But for many, it remains just that - a lofty dream that is unachievable.

"SYFC provides a platform to help these students achieve that," he said.

About 180 students are taken under the wings of the club's flight training programme each year. Around 20 are female trainees.

Apart from a nominal registration fee, the course is free of charge.

Mr Tan, a former pilot with the Republic of Singapore Air Force (RSAF) himself, said most club students go on to apply for a career in the RSAF and about 60 to 70 per cent of them get accepted.

Flight training is open only to tertiary students but the club also runs an aeromodelling programme for 800 secondary school students. Both programmes are officially recognised as co-curricular activities (CCA) in many local schools.

While the flying programme might be a CCA, the selection process, which involves interviews and medical checks, is as rigorous as those for RSAF recruits.

Applicants have to have their limbs measured to make sure they fit the cockpit of the four-seater plane, and go through a hypobaric chamber test to simulate low pressure conditions at 10,000 feet.

Only one in three students passes the stringent medical checks.

Students who make the cut go on to flight theory and simulator training before taking to the skies, closely guided by an instructor, in one of of 13 Diamond DA40 four-seater, single-engine aircraft.

"The learning curve is very steep because we have to learn and memorise radio calls, safety checks and emergency drills," said Temasek Polytechnic student Lee Jiajun, 19.

After about 16 hours of training in a plane, students get to go on their first solo flight.

Aspiring pilots have to complete about 40 hours of flight time, including 10 hours of solo flight, before they land the coveted PPL - all while juggling schoolwork.

Some students drop out. But the efforts are well worth it for students bent on a flying career.

Mr Lee, who flew solo for the first time last month, said: "Every time I fly, I get mesmerised when I see the space below from a different perspective.

"And I'm amazed how much I can still learn and improve."