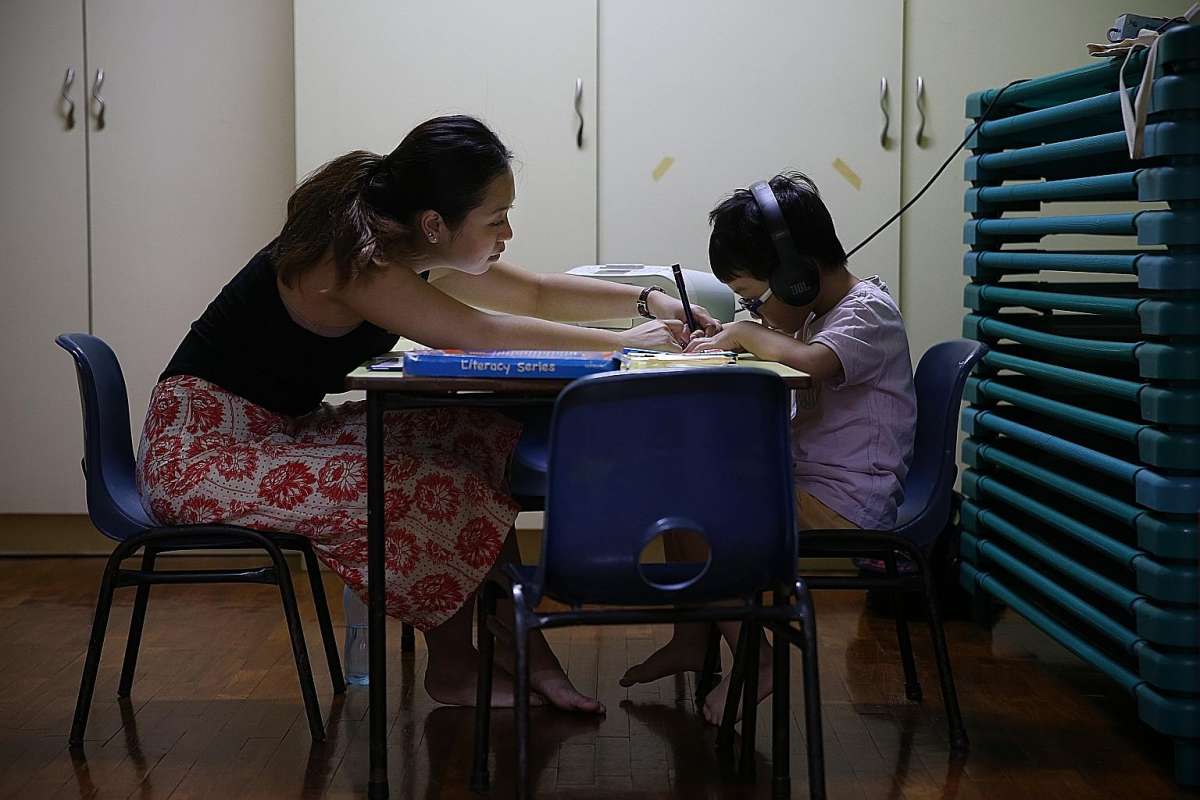 When she was six years old, Ms Bianca Tan had a secret even she was unaware of. She could not read.

Words move. "B" becomes "d", "u" becomes "n". She skips words and lines. She cannot track and focus on what is written. Sentences do not read like they make sense.

Her pre-school drama teacher thought she was talented because she could recite tales from storybooks. The teacher soon discovered that she merely regurgitated content from memory.

She asked for a psychological assessment for Ms Tan at the Dyslexia Association of Singapore (DAS).

In 1999, Ms Tan was diagnosed with dyslexia. Despite being of normal intelligence, the difficulty she faces in reading and writing means she has a learning disability.

During literature lessons in secondary school, she would be five pages behind everyone else. Even now, at 23, she reads more slowly than her university classmates.

The learning disorder affected her emotionally.

"Because I didn't do well in school, I regressed," she said. Learning to read was an excruciating process, and her self-esteem took a huge beating.

But she learnt how to compensate. For instance, she learns more readily by watching videos and documentaries than by reading. She also loves to do anything that is hands-on, be it cooking, baking, painting or art and craft.

She is a firm believer in the proverb "it takes a village to raise a child". She considers herself fortunate to have had patient early childhood educators and mentors who worked hand-in-hand with her parents.

That support network helped her overcome her feelings of insecurity. She also acknowledges the amount of effort and money that her parents put in to help her to thrive.

There were her teachers at Pebble Place when she was seven to eight years old.

There was "Uncle Kel", her former sailing coach Kelvin Tan, who went out of his way to make sure she understood his briefings, patiently repeating his explanations until she got the colours of the buoys and knew left from right.

There was Mrs Thng Siok Keng, her speech and language therapist for six years.

And then there were the staff from DAS, who helped her with special classes and educational therapy from Primary 2 to Secondary 3.

The pre-school sector in Singapore has faced a manpower shortage in recent years and about 4,000 more pre-school educators are needed by 2020.

Pre-school teachers earn an average of $2,200 to $3,000, based on data gathered by the Early Childhood Development Agency (ECDA) last year.

The median salary for university graduates last year was $3,300.

Outspoken and extroverted, Ms Tan graduated from Temasek Polytechnic in 2014 with a diploma in early childhood studies. She also has a specialist diploma in learning differences from DAS.

A recipient of the ECDA scholarship award, she is currently pursuing a Bachelor of Science in early childhood education, which is offered by Wheelock College in partnership with the Singapore Institute of Technology (SIT).

Since she was 14, the middle child has helped out at Pebble Place Development Centre in Paya Lebar. At the centre, she is Ms Bianca to her mother, whom she addresses as Mrs Zita.

She has an older brother, 25, who has Asperger's syndrome, and a younger sister, 21, who is also dyslexic. Their father is a businessman.

Like her mother, whose life and work is in early childhood education, Ms Tan believes in creating an inclusive environment for children with and without special needs.

They believe in a child's holistic development: from a curious and creative mind towards learning, to gross and fine motor skills, strong moral values, and confidence.

They maintain that through experiential learning, children can develop leadership qualities, know how to solve problems, appreciate teamwork, learn respect and how to be verbally expressive.

They also highlight the importance of collaborating with parents.

Mrs Tan's classroom has no erasers because, as she said: "If you don't make mistakes, how do you learn?" To her, "mistakes have to be accepted and not erased".

Echoing her mother's philosophy, Ms Tan feels that "your experiences in life are what shape you".

Next year, she will head to Myanmar with her schoolmates from SIT to help set up a pre-school in Yangon.

They are part of a 12-member group involved in Project Myanmar, an overseas service learning project that will help to set up classrooms and work on interior environment and design.

Dyslexia led her onto the path of early childhood education, and she hopes to apply "everything learnt in polytechnic and university" to help others.