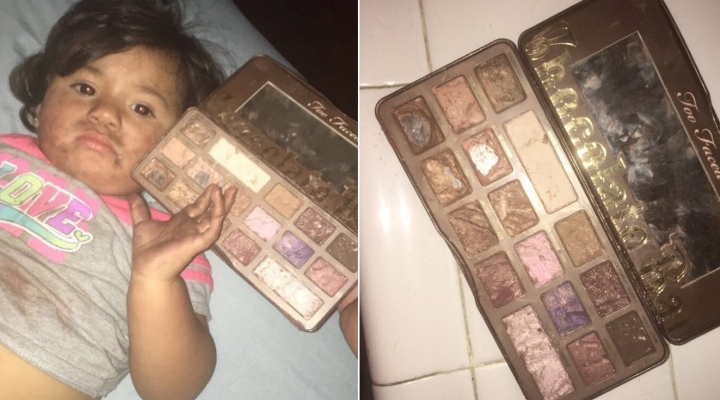 Kids. You really know what unexpected stunt they will pull next.

One teen learnt this the hard way recently, reports Distractify.

This is a make-up set that comes with eye-shadow palette that smells like cocoa and comes with shades like White Chocolate, Ganache,

The teen realised her 2-year-old niece had eaten a portion of the palette after mistaking it for actual chocolate.

After yelling at the kid, the teen called poison control and the make-up company to check if her little niece needed medical attention.

She was reportedly told that the kid was likely to only have diarrhea if she ate a large amount of make-up.

Lauren later updated on her social media account that the niece did not fall ill, and that all was forgiven.