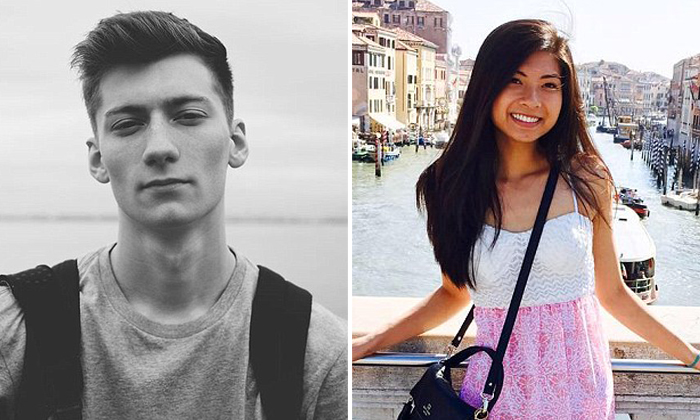 Three people were killed and one person was injured during a mass shooting at a house party in Mukilteo, an affluent suburb near Seattle, Washington.

According to DailyMail via AsianTown, Allen Ivanov, a 19-year-old incoming sophomore at the University of Washington is in custody.

The victims were Anna Bui, Jake Long and Jordan Ebner, all 19-year-old classmates of Ivanov's at Kamiak High School. Will Kramer, 18, was wounded and is in serious condition in the intensive-care unit.

Anna was Ivanov's ex-girlfriend, and they had broken up a week ago.

The suspect was reportedly upset over breakup with his "dream girl".

Ivanov became jealous after he said he saw photos of Bui on Snapchat with other young men — evidence “she was getting on with her life without him." He told police he realized she was his “dream girl,” “and wanted to get back together".

Seattle Times reported that after spotting his ex-girlfriend with another guy through the window of a house where a party was under way, Ivanov returned to his car Friday night to study the owner’s manual for his new AR-15 semi-automatic rifle he bought just a week ago.

Two hours apparently passed before Ivanov walked back to the home around 12.07am.

He was discovered by a male partygoer, who said, “No, no, no,” before Ivanov opened fire, shooting the male.

Ivanov told police “it was too late to turn back, and once he had pulled the trigger, his adrenaline kicked in.”

He entered the house through a side door, found Bui and shot her twice. He continued through the house, then shot another male “running toward the house."

Ivanov went upstairs and onto the balcony off the master bedroom and fired at two more males in the driveway, police wrote.

A classmate of Ivanov and the victims, Sultan Akbar, 18, said:

"He was always wanting to be in control of the situation” and at times displayed “illogical anger."

He said Ivanov seemed to have an explosive temper, once threatening to get Akbar kicked out of school after Akbar reported to a teacher that the latter had copied his work.

"He was wealthy and smart and I’m sure those younger girls found him attractive," another unnamed classmate said. She also said he had a 'strong future'.

Anna has been described as the "sweetest girl" with the "kindest and happiest" soul by her former classmates.