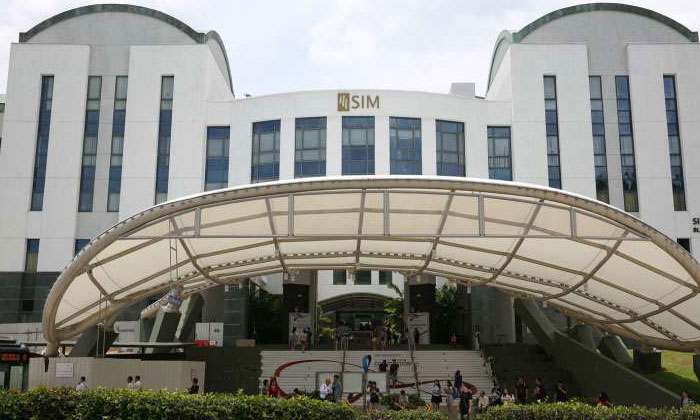 Even as it expands its full-time degree offerings and places, SIM University has maintained its appeal among its key target group - working adults eager to pursue part-time degree studies.

But based on enrolment figures released recently, its mainstay continues to be its 13,000 students enrolled in 60 part-time courses from counselling to accounting.

UniSIM said it continues to receive more than 5,000 applications a year from working adults and mature students who want to pursue a degree.

Communications, logistics and supply chain management, early childhood education, social work, and building and project management are among the courses that continue to draw students.

Nearly 400 people applied for the 60 places in UniSIM's law school, which starts its two new programmes in January.

UniSIM president Cheong Hee Kiat expects demand for its part-time degree courses to remain healthy over the next few years because of the SkillsFuture initiative, which encourages workers to update their skills to thrive in the workplace.

"Working adults want to further themselves in their career. Some want to make a switch. UniSIM offers them a flexible path to work and study for a degree at the same time," he said, noting that a UniSIM part-time student is 28 years old on average. Most have three to five years of work experience, and attain their degrees in four years.

He said one of the main draws is the Ministry of Education's (MOE) subsidy that covers 55 per cent of the tuition fees for Singaporeans. "It's recognition by MOE that UniSIM offers quality degrees."

Students say another draw is that the courses are job relevant and recognised by the industry.

Many of its 60 courses are accredited by professional bodies. Its popular accountancy degree, for instance, is recognised by the Accounting and Corporate Regulatory Authority.

Its Human Factors in Safety course is recognised by the Ministry of Manpower and meets a rising need for workplace safety and health professionals.

In a survey last year, seven in 10 working adults reported a salary increase within a few years of graduating from UniSIM. The average increase in annual salary was 21 per cent.

UniSIM students welcomed the MOE's move to convert the university into an autonomous institution, saying this will boost its stature and the recognition of its degrees.

Said Ms Felicia Teo, 28, a business development executive who is studying for a marketing degree: "UniSIM is well thought of by employers. In fact, it was my employer who encouraged me to take up this course. But if it is on a par with the other five universities, then there would be even more recognition for my degree."

If the Government's proposal is accepted, then the privately run university will come under the ambit of the MOE and be fully funded by it.

Acting Minister for Education (Higher Education and Skills) Ong Ye Kung, who announced the proposal at UniSIM's convocation last week, pointed out that UniSIM has supported generations of working adults and mature learners.

"UniSIM aims to become the standard bearer for continuing education and training," he said.