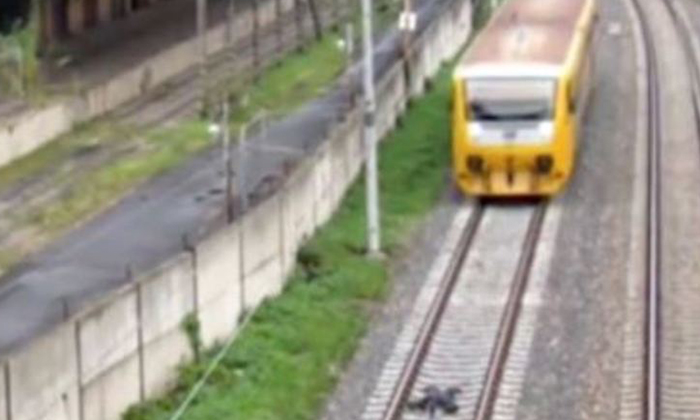 In a video uploaded recently, some teenagers were seen lying beneath a train as it travelled down a track at high speed.

They filmed themselves doing it, allegedly to get 'likes' on social media sites.

Railway bosses in the country have said that the pair could have died if the train had been travelling faster than it was.

Explaining how narrowly they survived, Martin Drapal, from the Railway Inspection, said: "There's a danger that the wind created by the coming train can raise the clothes. The clothes can catch underneath the train. If the train goes at 60 to 70 kph (37 to 43 mph), it can be fatal."

Luckily for them they weren't killed, however Czech Railways is now searching for the pair to issue them with a fine.