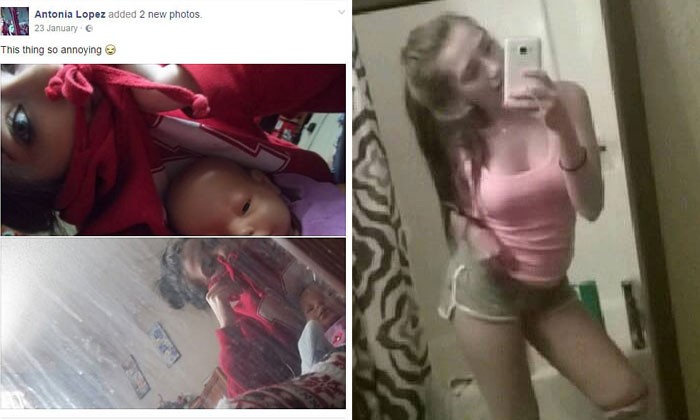 A 16-year-old girl has been charged with the death of her daughter after she threw the latter out of a window just seconds after she was born on Sep 30.

According to The Sun, Antonia Lopez, from Nebraska, allegedly threw her newborn baby from her bedroom window before begging her friends for a ‘huge favour’ on Facebook.

The Facebook status was posted at 3.40am on Friday morning, over half an hour before paramedics arrived at the scene.

The post posed the question: ‘Who can do me a huge favor and has a car?’ and was followed by three crying emojis.

It is thought that the teenager had told her mum what happened, explaining that she panicked and threw the newborn out of her window, immediately after posting the message.

Her mother then ran outside and performed CPR on the baby before calling the police and an ambulance.

The baby was later pronounced dead.

Back in January, Antonia posted on Facebook a photo of her posing with a baby doll with the caption, ‘This thing so annoying’.

However, it is unknown whether this has any relation to the recent killing.

Her friend mentioned on Facebook, "Something had to have been going on for her to freak out and do this because I’m telling you, she is nothing like this. I talked to her everyday, like seriously.

"And she might’ve said that baby doll project was annoying but that doesn’t mean she thinks all babies are annoying, so many people in my class said that when they had that project."

A neighbour who was awaken with all of the outside commotion, claimed she saw one (of the women) saying, "My baby, my baby."