Student's fake commercial is so good he got offered a job 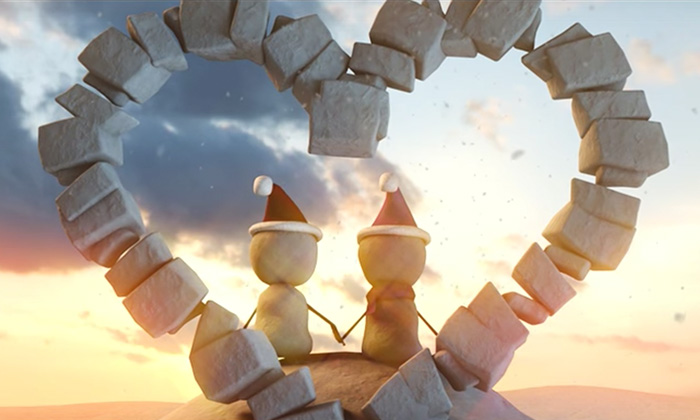 They say if you want to make an impression, you have got to make bold moves. And there are fewer things bolder than blatantly lying, especially if you are trying to get a job.

But if the lie is good enough and you back it up with talent, like 18-year-old student Nick Jablonka did with this fake Christmas ad he created for retailer John Lewis, then you can make it work.

According to Distractify, Nick had created an 85-second commercial showing the journey of a snowman missing his friend while trapped inside a snow globe.

Titled 'The Snowglobe', the ad on YouTube has been viewed almost a million times and features some pretty stunning animation along with a cute story that will put even the biggest curmudgeon in a festive mood.

People loved the video so much they began tweeting and messaging John Lewis on Facebook saying they should hire the young filmmaker.

But it looks like they are going to have to wait in line, because a Public Relations Agency, W Communications, just tweeted a job offer to Nick.

W Communications are meeting with Jablonka this week to discuss a possible job.

Said a spokesperson from W Communications:

"We were all inspired by his ingenuity and creativity, especially given his age.

"Advertising agencies are paid billions by brands to try and replicate exactly what Nick, aged 17 [at the time], has managed to do with his fake John Lewis ad.

"We spoke to Nick this morning, who told us the last 24 hours has been 'absolutely crazy'."

This just goes to show that if you do good work, people will take notice!

Related Stories
This Norwegian Airlines ad just won the Internet
So they say creepy auntie at Mandai is Maggi ad... but look what happened to our computer when we watched new video
student
clever
impressive
viral
ad