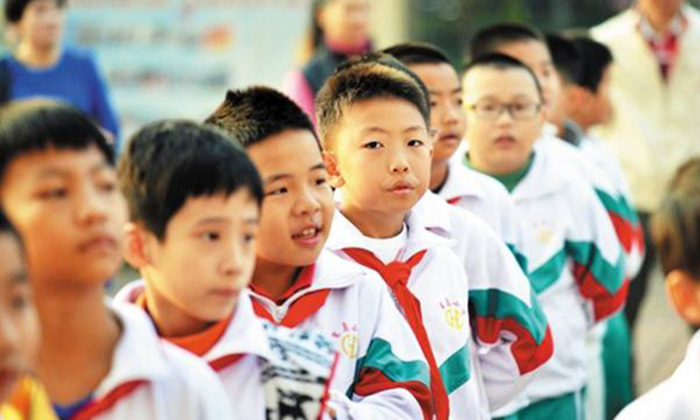 An English language training centre in Shanghai, China, was recently forced to fire one of its teachers, a 25-year-old Russian woman, for taping at least two of her students' mouths shut during class.

The mother of one of the students told Shanghai Daily that she called the police on Wednesday after her mother-in-law informed her that a piece of tape had put over her son's mouth during one of the teacher's class.

According to Shanghaiist, other students also told their parents that the same thing had happened to them because they were being "too noisy."

On Saturday, the K&H International School issued a statement apologising for the incident and stating that it was taking steps to revoke the teacher's work permit after she had “inappropriately stuck double-faced adhesive tape to the mouths of two kids during the interactive session of the class."

While it may be "interactive," this does not appear to be the most effective way to teach kids to speak a foreign language.

It likely also comes as no surprise that the Russian English teacher had been working in the school for a year, despite only receiving her working visa last month.

Additionally, the Changning branch of the school where she worked didn't have a proper business license. The K&H International School has 12 campuses around Shanghai.