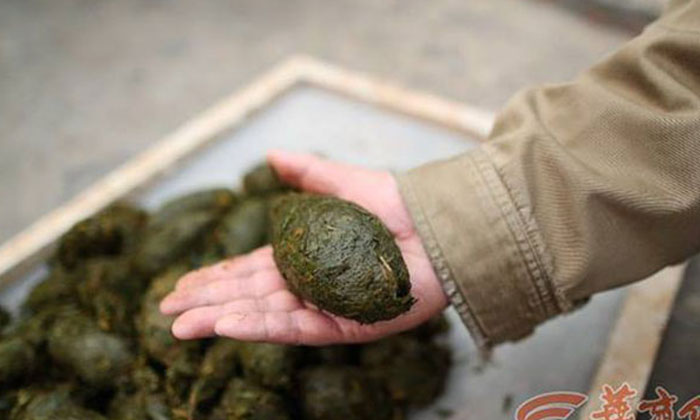 What do you imagine yourself doing once you retire? Well this guy makes writing paper from panda poo.

Yup, you read that right.

Liu Xiaodong used to be a teacher. Now retired, he lives in Zhouzi county, Shaanxi province. And as mentioned previously, he makes writing paper from panda dung, mulberry tree bark, and kiwifruit tree vines during his spare time, reported Shanghaiist.

These raw ingredients are commonly found in his area.

And that's not all, Liu invested ALL his savings into inventing this new species of paper. In fact, it took him two years and ten different attempts before he was successful.

He now runs a workshop where he teaches other like-minded individuals his environmentally friendly method of making the paper -- in hopes to pass on his knowledge to the oncoming generation when he is born.

Wondering why Liu used panda poo as one of his main ingredients?

According to a recent CCTV News report, he explained that it was due to the panda's fibre-rich diet of Bamboos, its feces give the paper a nice texture, colour, and even a natural pleasant bamboo scent.

However, this is not the first time someone used panda poop to create a new product. Back in 2012, former calligraphy teacher (yup another teacher) used panda poop as fertiliser for growing tea leaves.

The poop was to imbue the tea leaves with "unique and anti-oxidant properties."

Who knew poop could be this useful huh?