President Tony Tan saddened by hurtful claims that he does not support polys, ITEs 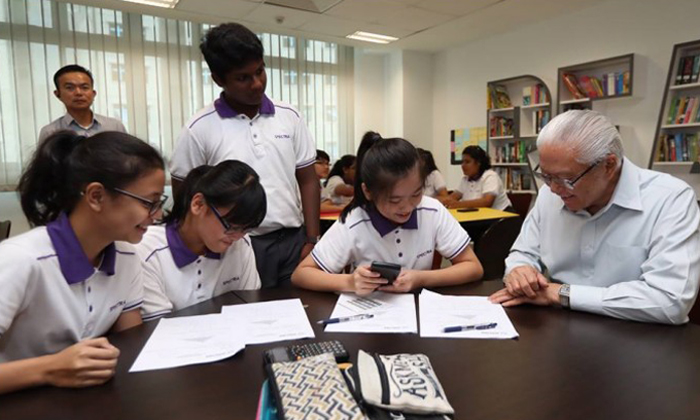 President Tony Tan Keng Yam has said he was saddened by a recent claim that he was not supportive of funding vocational education when he was Education Minister.

"I didn't make any such remarks. The claim is very hurtful because when I was a Cabinet Minister, the education of children was very close to my heart," he said yesterday.

"For that reason, when I was Education Minister, I increased support for the education of all students, with particular focus on children in polytechnics and ITEs, or what was then the VITB (Vocational and Industrial Training Board).

"It is therefore very sad that such a thing has been said about me," Dr Tan told reporters at the end of his visit to Spectra Secondary School.

He was asked for his response to recent comments made by architect Tay Kheng Soon. Mr Tay had suggested at a forum organised by the Singapore Democratic Party last month that Dr Tan was not supportive of increased funding for polytechnics and institutes of technical education (ITEs).

Mr Tay claimed Dr Tan had made the negative comments to his brother, the late Tay Eng Soon who was Senior Minister of State for Education and in charge of vocational education.

Former Senior Minister S Jayakumar said the claim was "absurd", recalling that Dr Tan had "always made a strong plug for government support for these institutions".

The Education Ministry said yesterday that Dr Tan oversaw key developments in the polys and ITEs, like the setting up of Temasek Polytechnic and Nanyang Polytechnic in 1990 and 1992 respectively.