Preparing for exams: 'Like the whole family is sitting the PSLE' 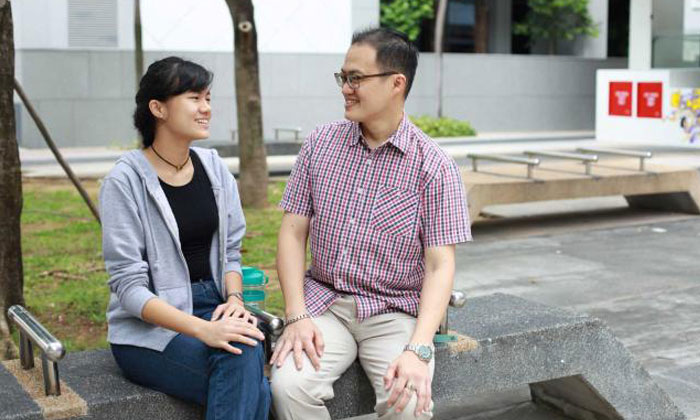 From getting their hands on past-year papers from elite schools to stocking up bottles of chicken essence, parents are gearing their children for the examination season, which starts this month.

This also means coming up with hour-by-hour revision timetables, sending their children for last-minute study sessions, and even taking leave from work to prepare them for major exams, including the Primary School Leaving Examination (PSLE).

But psychologists say paying too much attention to your children's studies during the exam period may cause them unnecessary stress. They encourage parents to look out for obvious signs of stress in their children as well as to provide them with assurance.

Mrs Caroline Ho, who is self-employed, has taken leave from work to spend more time guiding her children. Her 12-year-old son will sit the PSLE this month.

The 45-year-old analyses past-year questions and identifies concepts likely to appear in the science exam, while her husband goes through the boy's mathematics practice papers after work.

They also expect their 14-year-old daughter, who took the PSLE two years ago, to help her brother.

"It is an important exam," Mrs Ho said. "It feels like the whole family is sitting the PSLE."

The 42-year-old also frequents forums and Facebook groups to consult other parents if she is unsure of how to solve a maths problem. "It doesn't matter if she does not do as well as her friends," she said. "As long as she puts in her all, that's enough for me."

Dr Sanveen Kang-Sadhnani, principal clinical psychologist at Thomson Paediatric Centre, said most children who face stress may be unable to articulate the feeling of pressure but may exhibit behavioural changes. "Some kids may be less chatty. There may also be changes to their appetite and sleep patterns," she added.

In spite of their packed schedules, Madam Fauziah, 43, has set aside some time for them to watch television or use the Internet.

"I think it is okay for them to de-stress," she said. "It keeps them motivated."

For Miss Shanice Ng, 18, who spends a few hours every day revising for her A levels this year, her parents encourage her through the little things, such as fetching her from school, cooking "good food" for her and ensuring she gets enough rest.

Her father, Mr Victor Ng, who is self-employed, also allows her to unwind and catch up with friends when she has completed her work.

The 46-year-old, who has two younger children in Primary 4 and Secondary 2, spends about $600 a month on Shanice's General Paper and physics tuition. "This is the last lap for her," he said.

"It brings us closer when we tackle a question together or when we talk during her study breaks," said Mr Tay, who works in a trading company. "Sometimes, it helps to just be there, so that she knows there are people who care about her."