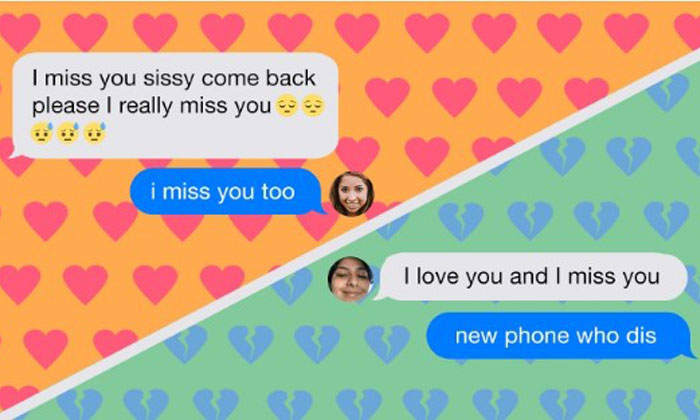 Growing up with siblings can be both a blessing and a curse. They are your playmates, default alliance against parents, and the partner in crime to help your shoulder the punishments (most times at least). But of course, there is also the endless fighting, the psychological warfare, the occasional betrayal in favour of the parents -- and the list goes  on really.

Turns out, not all siblings experience the downsides.

According to Distractify, this high school senior received the sweetest text from her younger brother, Ryan -- and the most adorable conversation ensued. Basically, these two are the most loving siblings in the history of siblings.

We kid you not.

The conversation was so cute, she had to share all the cuteness with the world via Twitter.

my brother texts me from my dad's phone and he is the absolute sweetest thing pic.twitter.com/HR6ePKAU6D

Yes, we did not know that this level of cuteness is even possible among siblings.

She later tweeted that Ryan wanted to watch How I Met Your Mother and play pool together when she arrived home.

"He has the biggest heart," she said.

Twitter couldn't handle all the sibling sweetness... So there were a lot of feelings.

"Please film when you guys reunite so my little heart can be happy."

Inspired to be nice to their siblings as well, many attempted to text something sweet to their brother/sister but of course there was a vast difference in the responses they got.

Check the rest out in the gallery -- it gets even funnier.

Related Stories
Woman keeps getting lewd texts -- so husband gives epic responses on her behalf
Girl gives out fake number to guys she meets, guy who owns the number deals with them like a pro
Hilarious trolling ensues after woman tries to out cheating BF to wrong number
funny
hilarious
teen
youths
texting
siblings
cute
twitter