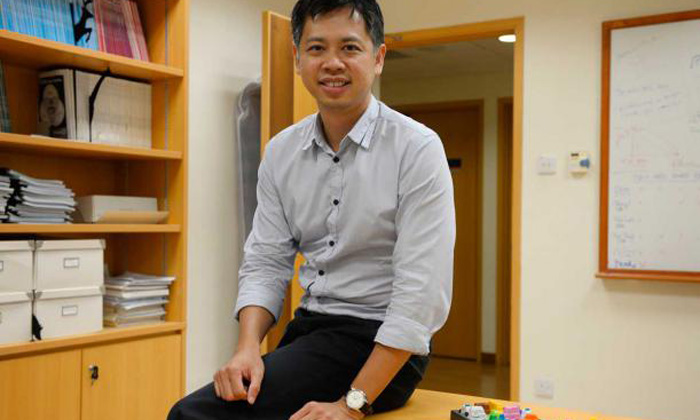 Children with pushy parents are at a much higher risk of developing depression or anxiety symptoms, according to a local university study. The findings, according to researchers, are especially relevant to a society like Singapore's, in which there is an emphasis on academic excellence.

"As a result, a sizeable segment of children may become fearful of making mistakes."

The five-year study by researchers from the National University of Singapore's (NUS) department of psychology examined how maladaptive perfectionism - commonly known as the "bad" form of perfectionism - develops in primary school children in Singapore.

From 2010, 263 seven-year-old children - of whom 60 per cent were boys - from 10 primary schools here were assessed. The parent most familiar with the child - this was the mother in nine in 10 cases - was also involved.

A puzzle game was used to assess how "pushy" each parent was at the beginning of the study.

Each child had to solve puzzles within a time limit, and the parent was told he or she could help when needed. This was to see whether the parent interfered with the child's problem-solving attempts.

A highly intrusive parent would take over and retract a move by the child or tell the child what to do.

Over the following years, the child was assessed at the ages of eight, nine and 11 to examine levels of maladaptive perfectionism.

The NUS study found that children with intrusive parents are at least two times more likely to develop high levels of self-criticalness compared with others.

So while parents may have high expectations regarding their child's academic achievements, some may overreact when their child makes even slight mistakes.

Prof Hong said that when parents become "intrusive", the child may believe that what he does is not good enough. "The child may become afraid of making the slightest mistake and will blame himself or herself for not being 'perfect'.

"Over time, such behaviour may be detrimental to the child's well- being as it increases the risk of the child developing symptoms of depression, anxiety and even suicide in very serious cases."

This is the first time a study is being conducted to examine maladaptive perfectionism in primary school children over time.

Prof Hong advised parents to refrain from blaming their child for not living up to expectations. Instead, they should first praise the child for his or her achievements before addressing mistakes. He also urged them not to compare their child with others.

"Children should be given a conducive environment to learn, and part of learning involves making mistakes and learning from them."

A few parents shared that they would be more sensitive when guiding their children in schoolwork.

Administrative manager Julie Wong, 38, who has a six-year-old son, said: "Kids should be able to do things without fear, and allowed to try again if they fail."

A housewife, who wanted to be known only as Mrs Lim, 43, said: "In Singapore, the pressure to do well starts early. Parents have no choice but to set high expectations of their kids' performance.

"But I will be more mindful of the way I speak to my kids, so that they won't feel bad about making mistakes in their work."