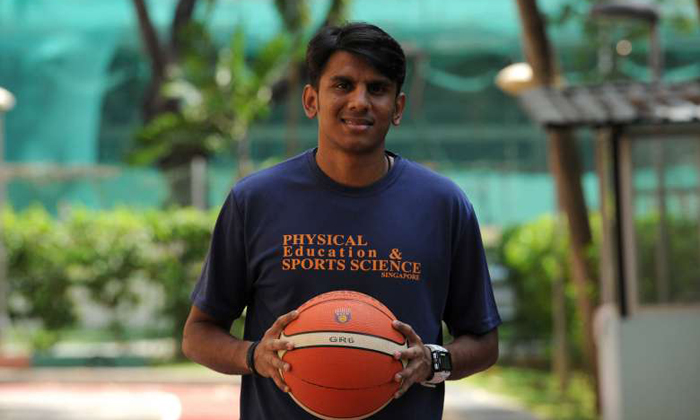 From being a school bully in his youth, Mr Joel Prathiev Vinson went on to become a teacher, coach and mentor to his pupils at First Toa Payoh Primary School.

Yesterday, the 30-year-old was one of five recipients of the Outstanding Youth in Education Award (OYEA) at the National Institute of Education Teachers' Investiture Ceremony.

Speaking at the ceremony, Acting Minister for Education (Schools) Ng Chee Meng stressed the importance of going beyond academic excellence.

He said: "Building character and values from a young age is a necessary anchor for our students. It forms the foundation where we draw different strengths to be able to meet the challenges of the future."

Mr Ng presented the awards to the recipients. The OYEA is a national award that recognises young teachers for their dedication and active involvement in youth development.

This year, a total of 4,037 nominations from members of the public and schools were submitted for 1,005 teachers from 260 schools.

Mr Joel, affectionately known to his pupils as Mr J, has been a PE teacher and coach for the school's basketball teams since he started teaching in 2011.

He told The Straits Times he was a bully in primary school and had mixed with the wrong company. Also, he came from a broken home with financial issues.

He said his struggles growing up and making a lot of mistakes have helped him relate to his pupils, especially those who have problems at home.

He said: "I know how (my pupils) feel, I've been in their place... Doing things out of mischief... And so I understand them."

He added: "As a teacher, we put on a lot of hats, and sometimes you have to know when to put on the hat of a mentor."

Mr Joel shares with his pupils his personal stories of growing up, and also makes it a point to listen to their stories.

He said the bonds he formed with his pupils have lasted beyond their graduation - his first batch of pupils from 2011 still return to visit him, and even invite him to watch their secondary-school basketball matches.

He recalls how he benched a member of his basketball team in the 2011 inter-school basketball competition for foul play, even though the referee did not notice the dishonest behaviour.

He said: "When I teach sports, I want to teach my students how to play it properly - in terms of character as well, not just about the sport itself."