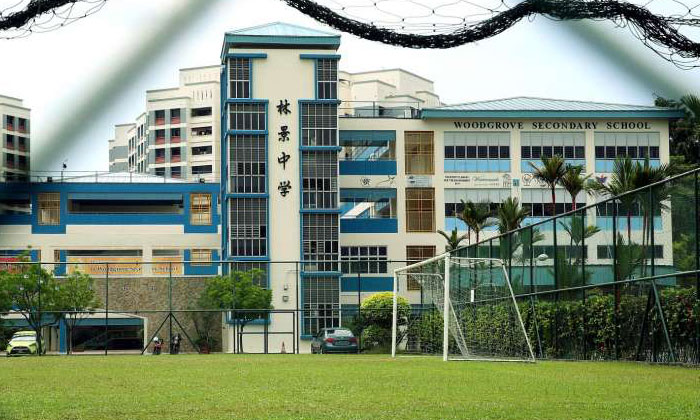 The two schools in an O-level exam mix-up have admitted they could have done more to ensure their students took the correct mathematics paper.

They also urged the affected students to refocus on their remaining exam papers.

Still, some parents whose kids were affected by the mix-up last week are unhappy that their children's preliminary exam results will now be considered as part of the assessment. They said such papers, taken before national exams like the O levels, are typically tougher, and students may not be as well prepared for them.

Last Thursday, 73 Secondary 5 students - 24 from Ahmad Ibrahim Secondary School and 49 from Woodgrove Secondary School - took the wrong O-level mathematics paper after a mix-up in the subject codes during registration.

One parent, who declined to be named, said his son had a stressful weekend as a result of the mix-up. "It is not easy for our kids to just forget, and focus on other papers." Other parents, however, believe their children will be given a fair grade.

Pastry chef Sabariah Yacob, 50, whose daughter Mira Shafiqah, 17, was one of the Woodgrove students affected,said: "The mistake has been made. There is no use worrying... Instead, we should give our kids the support for their next few papers."

After the schools learnt of the error last Thursday, they immediately notified the Singapore Examinations and Assessment Board (SEAB) to ensure the students took the maths Paper 2 the next day under the correct syllabus.

Students will not have to re-sit the paper, confirmed SEAB, which said they will be "fairly assessed".

The exam board told The Straits Times that "the use of schools' preliminary examination results is part of the existing processes for candidates who are affected by unforeseen circumstances".

A Woodgrove Secondary spokesman said yesterday: "The school regrets our oversight in checking the exam codes and will take measures to review the registration processes for future exams."

An Ahmad Ibrahim Secondary spokesman said the school has reached out to the students and their parents to understand their concerns. "We acknowledge that such an error could have been avoided if the exam codes were checked more thoroughly and will work with MOE to review the registration process for future exams."