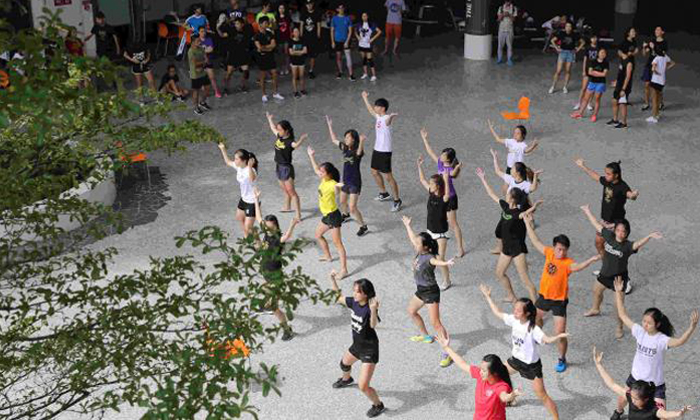 National University of Singapore (NUS) president Tan Chorh Chuan said it was not the university's intention to do away with orientation, days after it declared a suspension of all student-organised freshman activities.

Speaking at the Freshmen Inauguration Ceremony on Monday (Aug 1), Professor Tan apologised to freshmen for recent controversies that have clouded their first days at NUS.

In an unprecedented move last Friday (July 29), NUS shocked students with an announcement that it was suspending orientation activities "with immediate effect".

The decision came after a video emerged of freshmen of both sexes being dunked repeatedly in a pond in Sheares Hall on July 27, as well as a recent New Paper report on increasingly sexualised games, including the simulation of rape scenes, at orientation camps.

"For the vast majority, orientation is an exciting, positive and memorable experience - learning about a new environment, making new friends, and having a foretaste of the myriad of academic and co-curricular options at NUS," he noted.

"The University does, however, expect orientation activities to be fully respectful of the dignity of all those participating, and, in recent years, we have put in place many measures to help ensure this.

"In particular, we make our stand very clear: we do not condone behaviour, games and activities that denigrate the dignity of individuals and that are sexualised.

"It is very disappointing that a few in our student community have clearly not internalised this."

Despite the "time-out" enforced by the suspension, Prof Tan stressed that moving forward, NUS was not doing away with orientation.

"We want to work with you to rethink how to do orientation in more meaningful ways so that all students, especially freshmen, will get to enjoy the orientation experience," he added.

"There are a wide range things to consider, and we need the time and space necessary to do so over the next few weeks and months."

Prof Tan also called for the NUS community, including the public, to strongly support its annual charity Rag and Flag day by the NUS Students' Union (Nussu), which kicks off on Tuesday.

Nussu had apologised on Sunday to the freshmen who underwent sexualised activities, branding the activities "indecent, reprehensible and not condoned".