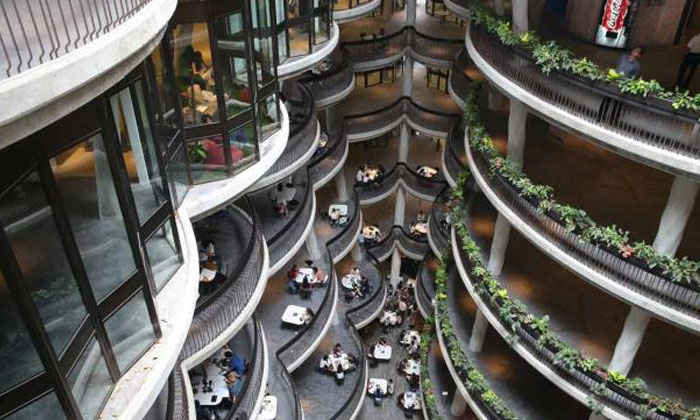 The Nanyang Technological University (NTU) yesterday announced that it will have two new schools - for humanities, and social sciences - next August.

They will occupy the same premises as the current school.

Existing programmes such as Chinese, English, history, linguistics and multilingual studies, and philosophy will come under the SOH, while the SSS will house economics, psychology, public policy and global affairs, and sociology.

Students can look forward to new programmes such as science, technology and society, and health and society, as well as the opportunity to read electives from other programmes and institutes within NTU, including the National Institute of Education (NIE) and S. Rajaratnam School of International Studies.

"Creative thinking is also needed for truly excellent scientists, engineers, mathematicians and other professionals who can solve complex problems by looking beyond their own fields of expertise."

The new schools will offer the same admission and academic structure as HSS, with four-year direct honours bachelor's programmes.

There will also be new master's programmes and an expansion of inter-disciplinary research into areas such as gerontology, which involves social science, design, engineering and medicine.

A spokesman for NTU said it will release more information on the new programmes at a later date.

HSS was established in 2004 and has more than 3,700 students today. Professor Alan Chan, dean of NTU's College of Humanities, Arts and Social Sciences, said the growth of HSS has "reached a point where it has outgrown its current structure" put in place more than a decade ago.

"The new schools will enable NTU to fulfil the evolving educational needs and aspirations of our students."

NIE don Jason Tan said: "The problems that modern societies face require inter-disciplinary approaches, so it's not enough to have just scientific and technical knowledge, but it's also important for people to understand how societies work, how human beings function."