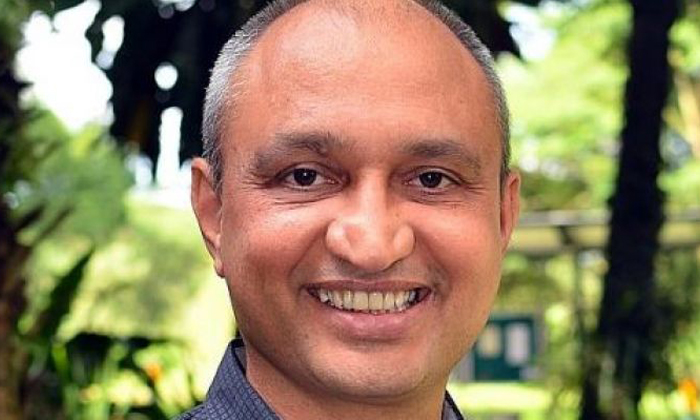 A Singapore-based professor and his wife's academic careers are in tatters after he was found guilty of being wilfully negligent in the direction of his institute research team.

Professor Ravi Kambadur (right) was recently terminated by Nanyang Technological University (NTU) and the Agency for Science, Technology and Research (A*Star) after an internal investigation.

His wife, Dr Mridula Sharma, is no longer employed by the National University of Singapore (NUS).

And one of his PhD students has had his doctorate revoked.

Data falsification and alterations caused six of their research papers, all co-authored by Dr Mridula Sharma, to be retracted, NTU reported on its website.

Two other papers were subjected to correction and another was withdrawn.

The team comprised researchers from NTU, NUS and A*Star.

Prof Kambadur was sacked both as an NTU professor, a position he has held since 2013, and from his post as a senior principal investigator in the Singapore Institute for Clinical Sciences, a research institute within A*Star.

Dr Sharma had been a professor at the NUS' Yong Loo Lin School of Medicine, under the biochemistry department.

An NUS spokesman said that she is no longer with the university but declined to reveal the reason.

The couple were leading publishers in the field of biochemistry research specialising in the gene-encoding protein myostatin.

Prof Kambadur was interested in the relationship between myostatin and skeletal muscle.

On Dec 12 last year, NTU released an official notice stating that three papers co-authored by researchers of the team, Prof Kambadur and his wife included, had been retracted because of alterations to data.

Two other published papers had to be corrected because the data were presented without proper explanation. Another paper was withdrawn.

NTU clarified in its notice published on Wednesday that further investigations were conducted following the discovery of research malpractice in 2015.

It was revealed that data had been falsified in some of the in-vitro laboratory studies. As a result, three other papers are being retracted.

The cell biology researcher on Prof Kambadur's team and co-author of the retracted papers had his doctorate revoked.

Mrs Koh, who is in her late 40s, said: "Academics do need to have intellectual integrity.

"However, we should not let a rare or isolated incident mar our impression of institutes of higher education like NTU."

She added: "All academics at NTU shouldn't be tarred with the same brush."

This was following the Nanyang Technological University's retraction of 11 academic papers written by researchers from NIE, after investigations into research malpractice.

Eight of the papers cited the lead author as Prof Chia. He was listed as co-author of the other three papers.

It was found that primary data were not available to authenticate the research data.

Law professor Tey Tsun Hang was fired from the National University of Singapore (NUS) after he was found guilty of sex-for-grades corruption.

He was charged with six counts of corruptly obtaining sex and gifts from his student. He served five months' jail but was acquitted on appeal in February last year.

After a tip-off in March 2011, the NUS started an intensive investigation on a scientific fraud case and found its former academic, Dr Alirio Melendez, guilty of fabricating 21 research papers.

He resigned from the University of Liverpool, his most recent employer, in late 2011. He denied the allegations, but 14 papers have been retracted as of May 2015.

He was awarded his PhD (Biochem) from the Postgraduate Institute of Medical Education and Research in Chandigarh, India.

Along with his research team, he has co-authored numerous scientific papers on the gene myostatin.

Prof Kambadur previously held positions as staff fellow (National Institutes of Health) in Bethesda, Maryland, US, and as principle scientist at AgResearch in Hamilton, New Zealand.