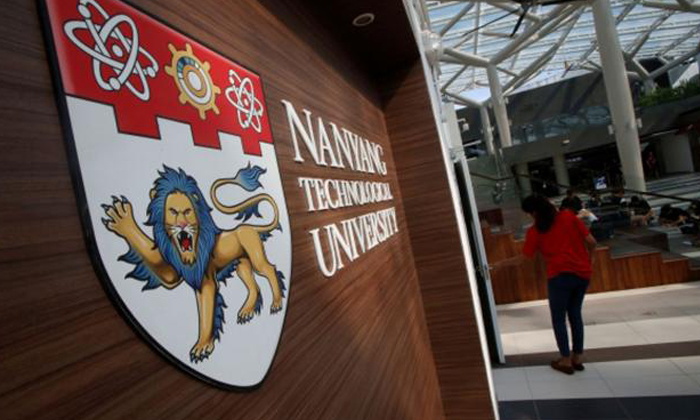 London-based QS, which released the rankings this morning, noted that Asian institutions took all of the top six places, although Australia is the most featured nation in the ranking, taking ten of the 50 available places.

QS also noted that six of the top ten places are taken by universities with a heavy Stem (Science, Technology, Engineering and Maths) focus, such as NTU.

The annual ranking is based on six indicators, including research quality, teaching quality, reputation among employers, and an assessment of the global diversity of faculty and students.

NTU president Bertil Andersson called the three-year performance a "remarkable achievement" and said being young is an advantage as it allows the university to chart its own path without being held back by conventions.

Inaugurated in 1991, NTU marks its silver jubilee this year.

Prof Andersson predicts that Asian universities will continue their progress up the league tables, as their rise is connected to Asia's economic development and its strong belief in the value of education.

He said NTU has benefited from strong government support in education and research, noting Singapore's increased investments in research and innovation.

He cited NTU's higher research output as one of the reasons for its big jumps in the league tables in recent years.

"We are now seeing the fruits of our labour after having invested in and ramping up on research in the last few years. NTU has also expanded its partnerships with global partners, and set up a number of high-end research labs with top industry players."

QS'head of research Ben Sowter said NTU is a "glittering example" to other young universities to show "that the traditional pecking order is not beyond disruption".

"The trend suggests that young universities with the resources and willingness to focus on creating and maintaining strong Stembased research programmes stand, by far, the best chance of disrupting any established global elite."

QS said the top young universities league table is designed to highlight the potential and excellence of universities without decades or centuries of established reputation.

He said they show how far universities have progressed and in their standing in the region and internationally.

He added that NTU remains focused on its aim "to create a world-class environment for education and research so as to train our graduates to excel in the global environment".