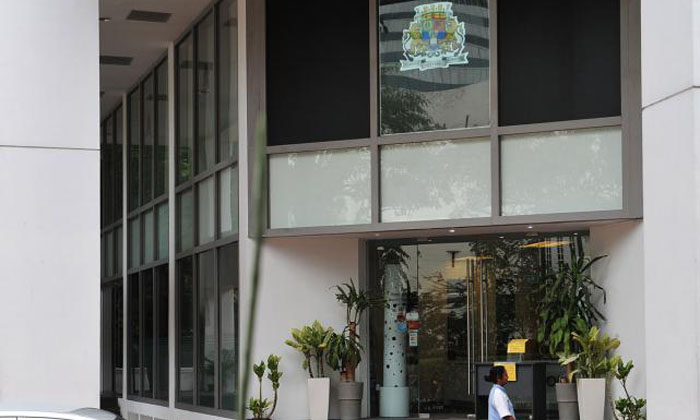 Alan (not his real name) spent two years dashing from his army camp to school in the evenings to complete a part-time banking and finance degree course.

He was then doing his national service and he thought a two-year University of London degree offered by the now-defunct Brookes Business School would help him achieve his goal of entering the finance industry.

It turned out that the owner of Brookes Business School had been offering fake degree courses linked to prestigious institutions.

He was sentenced to 5½ years's jail last year. "I spent two precious prime years of my life slogging in order to acquire the qualifications to join the industry of my dreams," Alan said.

Now 33, Alan, who declined to reveal his occupation, added: "Yes, it still bothers me. Till today, I am still suffering from the outcome of the whole issue."

Last year alone, 17 private schools closed down, with two due to regulatory breaches.

One of the two was the now-defunct Kings International Business School (KIBS).

The Council for Private Education (CPE) found that the school had offered, and awarded to some students, diplomas in maritime studies without requiring them to attend classes or complete assessments.

KIBS' directors were charged in court on June 1.

One other school failed to renew its registration as it did not meet the minimum standards set out in the Enhanced Registration Framework.

He said: "Ultimately, the PEI (private education institute) industry is an open market, subject to rules and regulations to protect students."

Addressing the two regulatory closures in a speech at a Singapore Association for Private Education (SAPE) conference in October, Mr Lee also pointed out there is a concern that the sector may fall back into disrepute, going back to the times that predate the formation of the statutory board.

Back then, before the private school industry had any form of regulation, it was rocked by many closures of schools, including those that offered unaccredited or fake degrees to unsuspecting students.

The exponential growth of the sector - from 305 private schools in 1997 to 1,200 in 2007 - had resulted in a "highly uneven spread of academic and governance standards" among the schools, said then Senior Minister of State for Education S. Iswaran.

The CPE was set up in 2009 to be the watchdog of the private education sector, along with a Private Education Act that was passed the same year.

Seven years on, the industry shake-up has gone further than expected.

Chief executive officer for SIM Global Education, Dr Lee Kwok Cheong, said this is due to smaller cohort sizes, an increase in the number of places offered by public universities, and the effects of tighter regulation.

He told TNP: "I expect the drop in enrolment to continue with increased competition and further industry shake-up, but I will not be surprised by a few brave new entrants (in the sector).

"In the long run, the industry as a whole will benefit from a better reputation as only robust PEIs with quality, relevant courses will survive."

Dr Lee, who is also the president for SAPE, said that there was a role for strong private education institutions to play, especially when they link up with companies and deliver students who have the relevant skills and knowledge.

"Regionally, demand for education and training, especially in the emerging markets, continues to grow. So there are new demands to be tapped outside of Singapore," he said.

Private school diploma is now 'worthless piece of paper' Fresh out of ITE with a Nitec in electronics, Mr Tay Guang Qiang decided to go for a diploma course with the now-defunct School of Applied Studies (SAS) to increase his chances of employment.

But within six months of graduation, the 29-year-old had his certificate reduced to a "worthless piece of paper".

The private school in Park Mall, which offered diplomas in psychology, hospitality management, and business studies, closed suddenly in 2010 due to financial difficulties, leaving 300 students stranded.

Said Mr Tay: "Yes, I may have graduated, but there's no such school any more, which means the recognition (of the diploma when it comes to) employment is difficult."

The school manager was fined $16,000 in 2013 for failing to refund students, failing to keep accurate student records, and making a false statement to the Council for Private Education to attain the EduTrust certification.

Mr Tay first set his sights on SAS' one-year diploma course in business administration because of its short duration.

Both the location and the school environment were good, said Mr Tay, who did not suspect a thing when he was attending night classes two or three times a week.

"Lessons were useful and we had group assignments and exams... Who knew? I never thought it would close down," he said.

His business administration diploma, which was meant to help him quickly secure a job, was instead scrutinised and doubted by potential employers.

"My chances of employment were 50-50 due to the certificate, and the fact that the school wasn't well-recognised," Mr Tay said.

He finally landed his first job in 2011 after five interviews over three months.

Now a recruitment consultant, Mr Tay felt that he snagged the job because it does "not need much education requirement".

He said he does not feel cheated by SAS and if he decides to study for another diploma, he would still opt for a private education school - but a "more established and recognised" one.

"(It just feels) somehow wasted but, well, I have to accept the fact and move on," he said.