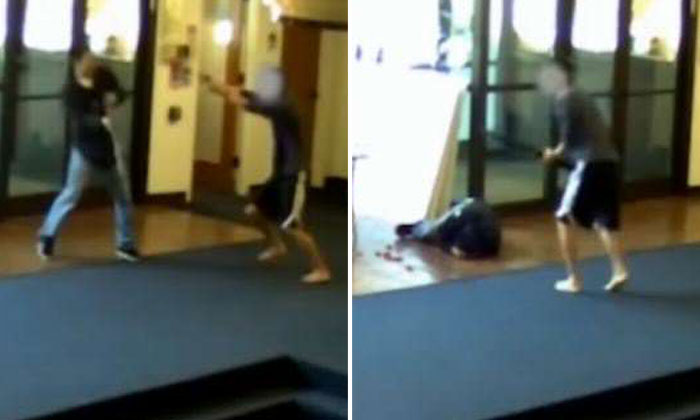 Two years after the deadly shooting at Seattle Pacific University, surveillance footage has surfaced showing a heroic student taking down the gunman and saving other students' lives.

According to Unilad, the video was released on Tuesday (June 14) after a long court battle between the university, media outlets and victims.

The full footage shows the gunman, Aaron Ybarra, shoot a female student with a shotgun.

When he pauses to reload his gun, Jon Meis jumps from behind a corner and pepper-sprays the gunman in the face.

He then tackles him to the floor and takes away the shotgun.

After keeping the weapon behind a wall, he then returns and puts the killer in a headlock until the police arrive.

He was a student-safety monitor and took his role to a whole new level.

Meis has been credited with saving the lives of multiple students after one was killed and two were injured in the June 5, 2014 attack.

Meis said in an interview: "I knew that if I didn’t stop him, he would keep going.”

The university had been hesitant in releasing the video, saying it would provoke ’emotional distress…on our commmunity.

The university said in a statement:

"Seattle Pacific University remains strong and resilient as a result of God’s faithfulness to us. Our foremost concern continues to be the welfare and safety of not only our students, faculty, and staff, but of the victims and witnesses of the tragedy."