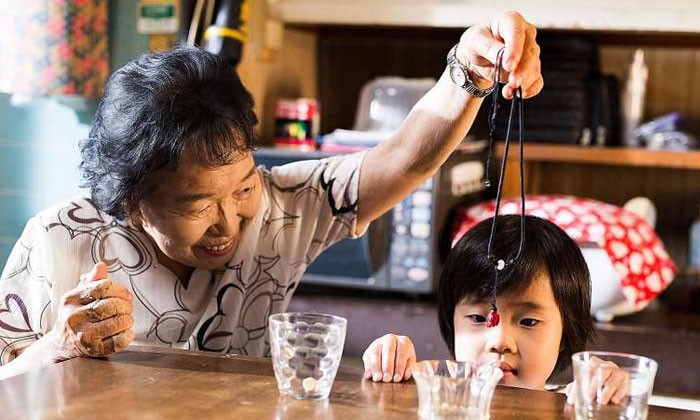 Singaporean Yvonne Ng has become an Oscar winner with her first overseas production short film, Cloud Kumo. From a record 1,749 entries worldwide, 17 were chosen as the winners of the 43rd Student Academy Awards competition.

The win was particularly sweet as Ng, 33, says: "I was turned down by seven other film festivals prior to this. It was very unexpected."

She was speaking over the telephone from New York, where she has been based for 10 years.

The 15-minute work is about a survivor of the Hiroshima atomic bomb attack and her granddaughter. Costing US$30,000 (S$40,800), it was shot in New York and Hiroshima.

At the prize-giving ceremony on Sept 22 at the Samuel Goldwyn Theater in Beverly Hills, the gold, silver and bronze awards will be announced in seven categories. Cloud Kumo is one of three winners in the Alternative category. Also, all 17 winners are eligible for the Oscars in the short-film categories next year.

The Student Academy Awards were established in 1972 to encourage excellence in film-making at the collegiate level. Past winners include John Lasseter, Robert Zemeckis, Spike Lee and local film-maker Tan Pin Pin for Moving House (2001), about a family exhuming their ancestors' grave.

The idea for Cloud Kumo (kumo means cloud in Japanese) was seeded when Ng represented Buddhist organisation Soka Gakkai International at a nuclear non-proliferation treaty conference at the United Nations in 2014.

"I realised how little the media has been highlighting this issue (of the Hiroshima bombing) and I felt very compelled to do something about it. That's why I came up with the idea of making a film."

Given that her background was in photography, she decided to pursue a master's of fine arts degree in film and production with The City College of New York. She graduated in June and Cloud Kumo was her thesis.

The film was challenging to make as she did not speak a word of Japanese. Also, she had envisioned non-actors in the roles, but was turned down by many of the survivors who had travelled to New York last year for the 70th anniversary of the atomic bombings.

Eventually, musician-poet Michiko Ishii, who was seven when the bomb was dropped and suffered severe burns all over her body, said yes to playing the role of the grandmother.

Ng had met her when she went to Hiroshima for the first time last year to scout for locations and cast actors.

The process of talking to the survivors shaped the work. These were people whose hands had "touched that scorching ground" and whose mouths "had tasted the ashes in the air" and, yet, they remained positive in the face of tragedy.

She says: "I did not want to make a movie that is all about the heaviness of the bomb. What I wanted to portray is the future, the hope, the perseverance and the strength of all these people."

Cloud Kumo is the first chapter of a planned trilogy on stories about nuclear power. The second one will be about the Fukushima nuclear plant, where there was a major accident in 2011 following an earthquake and tsunami.

There is more to celebrate at home as her husband, Italian actor Luca Manganaro, recently starred in family flick Ace The Case with actress Susan Sarandon.

Going forward, Ng sees herself continuing to work in both of her favoured media. She had previously studied at Temasek Polytechnic and graduated from the prestigious Brooks Institute of Photography in Santa Barbara in 2006.

As a photographer, her work has been featured on the front page of The New York Times and won various accolades, including at the International Photography Awards and The Prix de la Photographie competition in Paris.

She says: "Photography or film- making, it's a tool for me to voice my opinions and ideas to the world. I don't see them as separate."