More students in S'pore get professional help for exam stress 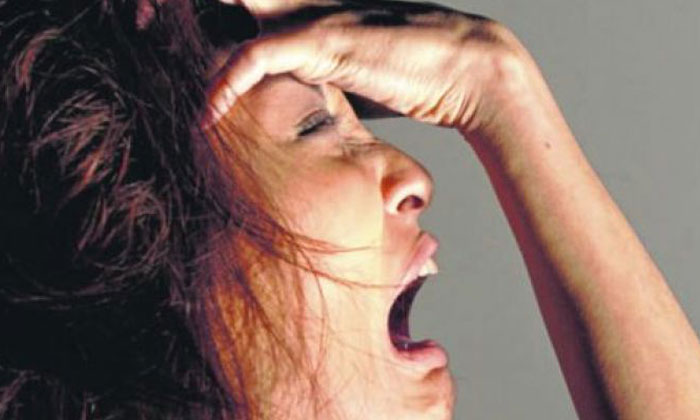 It has been making the rounds online.

Two students from a top junior college (JC), with everything ahead of them, decided life for them was over last month.

And within 10 days of each other, both took their own lives.

They were A-level students, one in the first year and the other in second year.

What is worrying, say the experts, is that they have seen an increase in the number of students sharing the same disturbing thoughts.

"I've had a few come to me and tell me they want to kill themselves (because they cannot cope)", says Dr Thomas Lee, a psychiatrist from Resilienz Clinic.

He has 10 such patients now, twice the number from five years ago.

"It is actually quite common that these students get suicidal thoughts," he says.

One of his patients had suicidal thoughts and was close to giving up when his school counsellor recommended he seek professional help.

He was in his second year of JC.

Dr Lee says: "(That patient) was one of those students who did well in secondary school but saw his grades deteriorate after he gained entry into a reputable JC.

"Part of his depressive condition came from the embarrassment that he wasn't doing as well as his peers, and it didn't help that he didn't have a strong support system at home.

"After he scraped through his first year, he thought it would somehow get better the year after but it didn't."

His suicidal thoughts persisted for months, Dr Lee says, but with prescribed medication and psychotherapy, he eventually improved.

Last year, 27 children aged between 10 and 19 ended their lives, according to figures from the Samaritans of Singapore. It is the highest for the age group in 15 years.

Why they killed themselves was not specified in the report.

But several clinics here say they have seen an increase in students in that age group seeking help - all had suicidal thoughts.

When it gets to that stage, the student would have "endured pressure for quite some time", says Mr Daniel Koh, a psychologist with Insights Mind Centre.

He has 20 students who need help, twice of what he handled last year.

Mr Koh says: "They might hit breaking point during the exam period, but it is important to note that the stress is cumulative and cannot be attributed solely to exams.

"For example, students can be pressured by a whole list of reasons like meeting parents' expectations, making it into top schools or even making up for previous bad results to lift their overall grade.

"The anxiety accumulates over time before it gets to a point where they cannot cope and start to have suicidal thoughts."

And this accumulation of pressures affects children of all ages.

A spokesman for the Resilienz Clinic says: "We see students of all ages - mostly those who are about to sit for important papers such as the PSLE, O-level to A-level exams.''

But the increased number seeking help is not necessarily a bad thing, says Dr Lee.

"It is good that these kids are seeking help young because it is imperative to intervene as early as possible before the negative thoughts become too persistent."

Signs to look out for

Parents should seek professional help for their child if they notice significant changes in the child's behaviour.

Dr Lim Choon Guan, deputy chief of the department of child and adolescent psychiatry at the Institute of Mental Health, said parents should take note if their child:

Sudden consumption of too many stimulants, such as coffee or Redbull, to "help" with studying

Appearance of dark eye circles or a constant look of lethargy

Mr Daniel Koh, a psychologist at Insights Mind Centre, says there are ways for students to deal with exam stress:

If you are having thoughts of suicide or are in emotional distress, you can get help from:

She hinted at her depression in blog

She was eloquent and her writing, thought-provoking.

It also showed a troubled mind.

On Aug 11, the first-year junior college student wrote two posts on her blog.

They hinted at her depression.

She wrote of not wanting to "fight" any more and "not minding" if she had to leave.

But none of her friends picked up the clues. Then came the news.

"It was evident that something had happened," a schoolmate from the JC tells The New Paper on Sunday.

"Her closest friends were seen crying."

"It was later that we heard news of her demise as it circulated. It was first given to her closest friends."

The school announced her death during its morning assembly on Aug 16, about four days after the incident.

Six days later, members of the school's track team were told of their teammate's death.

He was a second-year student.

On Aug 23, the school sent students for "emergency civics class", and they were reminded by tutors of a support system available to them if they are struggling to cope.