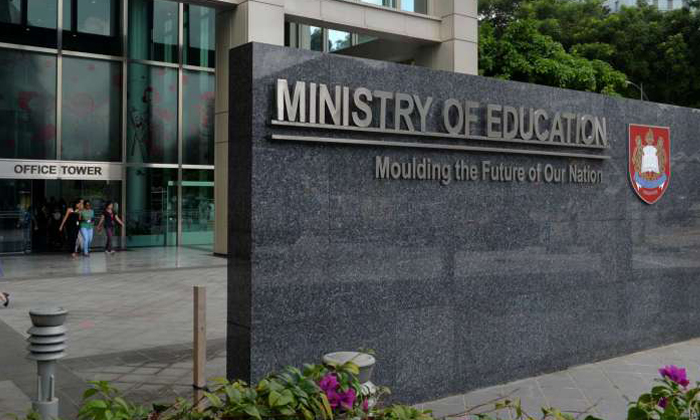 The overall resignation rate for the entire teacher population "has remained low at around two to three per cent a year over the past decade", Minister of State for Education Janil Puthucheary said in Parliament on Monday (Nov 7).

But for teachers with five years of experience and below, MOE sees a "slightly higher overall resignation rate" at about three to four per cent a year, said Dr Janil.

He added: "Typically, there would be an uptick in the resignation rate to about 5 per cent for teachers when their bond ends."

Workload is not commonly cited as a reason for teachers leaving the service, Dr Janil shared.

"The main reasons for resignations range from family considerations such as childcare, to a desire for a change of job," he said.

However, Dr Janil said MOE recognises that teaching, as a profession, is "demanding and requires significant commitment and deep skills".

In October, The Straits Times ran a story on how 5,000 teachers left the teaching force over five years, due to the pressures of the job: long hours, demanding parents and a heavy administrative load. It prompted calls from observers for more to be done to retain them by reducing their administrative load.

Then, MOE said the annual resignation rate of teachers has "remained low at around three per cent" in the last five years.

Still, the resignation rate has gone up from two per cent, a figure disclosed by the ministry in 2000, when the force numbered around 24,000.

That has now grown to 33,000 teachers, and MOE said the size of that teaching force "remains stable".

Based on 2015 data, about a third of teachers here have under five years of experience.

Dr Janil said his ministry has "consistently paid close attention to our teachers" in making sure that they are fairly remunerated, provided with developmental opportunities to grow in their careers, and being taken care of in terms of their well-being.

Teacher remuneration is regularly reviewed to ensure it keeps pace with the market, he added. The last two salary reviews were in September 2012 and October 2015, and eligible teachers had a monthly salary increase of eight per cent, and four to nine per cent respectively.

Dr Janil also said that MOE provides teachers with "many career and professional opportunities", such as pathways to leadership positions in schools and the MOE headquarters, becoming teacher leaders, or taking up senior specialist roles.

He added that the well-being of teachers remains important.

"MOE is mindful of the high expectations of teachers," he said. "To address this, we have put in place measures to support and guide schools in work allocation.

"Schools also regularly review work areas that can be stopped if they are no longer relevant or meaningful, simplified to reduce duplication and optimise efforts, as well as share good practices to improve work management."