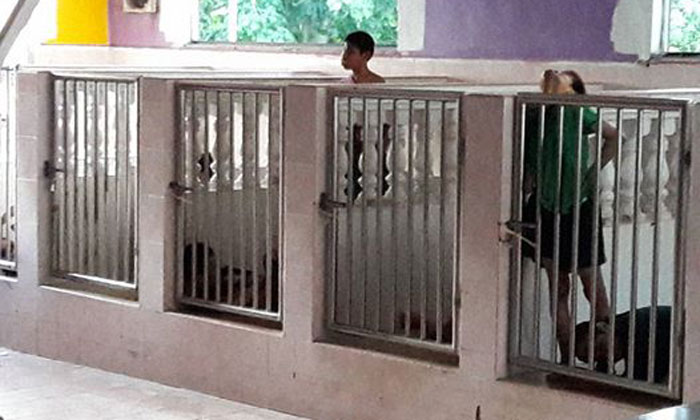 A woman was appalled at how disabled children were being kept in 'cages' at a welfare home in Perak, Malaysia.

Facebook user Vivien Arie took photos during her visit to the Handicapped Children's Welfare Home in Batu Gajah of the children  which promptly went viral and spread online.

However, according to The Star via AsiaOne, the Welfare Department claims that the kids are separated for their own safety.

The home's chairman, R. Sivalingam said the home has been unfairly accused of mistreatment.

He said that of the 47 residents at the home, 10 were mentally challenged and were suffering from extreme mental conditions.

He added that the special cubicles were built in 2006 because prior to him taking over as chairman, those with mental conditions were tied up with ropes to prevent injuries.

He reassured that the 10 mentally challenged inmates were free to roam the home's compound during the day under the superstition of staff but were confined to their cubicles at bedtime.

"If we allow them to sleep in the hall, or in the rooms like the rest, they will hurt one another.

"It is for their own safety and the safety of the other inmates that we need them to sleep in the cubicles.

"If we don't do this, they will bite one another, hurt the eyes of the other residents, or go naked.

"They would even defecate and throw faeces at the rest."