Girl ruins her own birthday by throwing cake on the floor: Mum claims it is due to "too much attention" 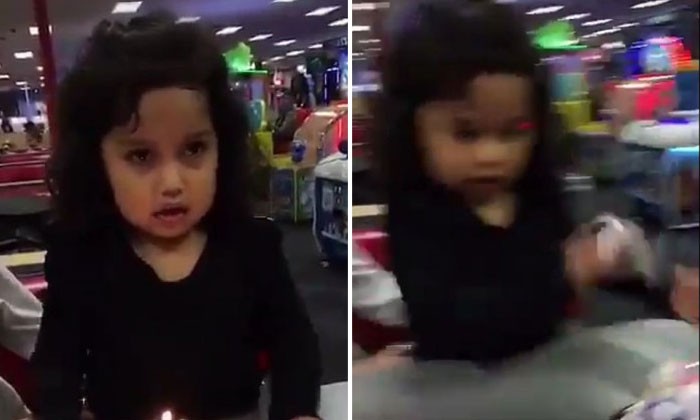 Birthday celebrations are usually a happy occasion but not for this little one.

A girl was presented with a beautifully decorated cake by what seems to be her family members who surrounded her.

As the cake was presented to her, she eagerly cradled the cake and brought it closer towards her.

However, an adult by her side pinned her arms by the side.

They then sang her the 'Happy Birthday' song while she sassily glared at all of them.

The singing was interrupted when she suddenly shoves her cake off the table.

The scene was caught on camera and the video was posted by Casey Daniels on Twitter.

The video had a caption saying, "My daughter when she gets too much attention,"

Freddy commented saying, "My mom would have made this my last birthday."

Watch the short but infuriating clip below.