Exam stress among the young: When grades define worth 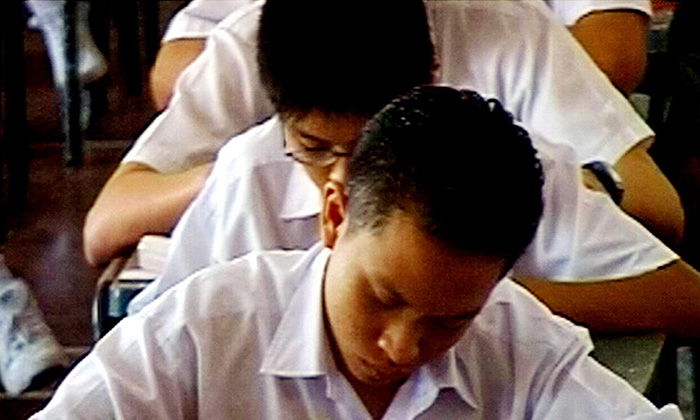 One counsellor recalled how a 13-year-old girl scored 83 marks in mathematics but was scolded by her mother for being careless on one of the questions.

"Her mother told her that she could have scored above 85 had she been more careful," said Ms Lena Teo, deputy director of therapy and mental wellness services at the Children-At-Risk Empowerment Association Singapore. The girl was referred to her because of anxiety, depression and self-harm.

Then, there was a mother who made her son retake the Primary School Leaving Examinations (PSLE), even though he had passed the first time. "I was shocked," said Dr Carol Balhetchet, senior director for youth services at the Singapore Children's Society.

"I couldn't understand why a parent would put her child through another year of primary school for better grades."

The obsession among some parents for grades and exams is putting undue stress on young children here - an issue that has come under the spotlight after a Primary 5 pupil fell to his death. According to a coroner's inquiry last week, the boy had seemed afraid of showing his mid-term exam grades, having failed Higher Chinese and mathematics, to his parents.

Parents here have described the episode as a wake-up call, with many admitting it has forced them to rethink how much pressure they put on their young children to do well academically - sometimes without even realising it.

More than As and Bs on a report card, it is the expression on their parents' faces when they read it that often matters most to children, added experts.

A parent's show of approval, disappointment or anger are signs of affirmation and acceptance, or otherwise, for young children. "Children just want to see their parents happy for who and what they are," said Dr Balhetchet.

Latest figures show that last year, there were 27 suicides among 10- to 19-year-olds - a 15-year high. This was double the 2014 figure, despite a drop in the overall number of suicides.

A recent investigation by the University of Manchester of 130 teen suicides also showed that more than a quarter of them had experienced exam stress or other academic pressures.

The worry, counsellors here said, is that parents sometimes do not realise that by harping on grades, young children's sense of self-worth ends up being defined by how well they do in school. Even the "reminder" that if the child does not do well in school, he could end up with a poor job in the future can add pressure.

Families today also have fewer children, counsellors pointed out. And that means that children not only have fewer siblings to confide in, they also end up having greater expectations placed on them.

Said Madam Madelin Tay from Family Central, a service by Fei Yue Community Services: "With fewer kids, parents can afford better resources and surely want the best for their kids. So it may be intentional or unintentional that they want to see results after investing their time and money."

And not just when they enter primary school.

Housewife Nadia Ng, 28, who has a four-year-old boy and 2½-year-old girl, said: "Even in pre-school, other parents ask me if I send my son for enrichment classes, but I don't see a need because he's so young."

The Ministry of Education has, in recent years, taken steps to reduce the overemphasis on academic marks, by not naming the top scorers of national examinations and investing more in programmes to nurture students' strengths in other areas, such as sports or music.

The PSLE T-score - often criticised for causing excessive stress - will also be done away with in 2021, and pupils will no longer be graded relative to their peers.

Mr Bimal Rai, an educational psychologist from Reach Therapy Services, said he sees more efforts to help academically weaker students through schools like Crest Secondary. "The good thing is that there are multiple pathways in the education system today."

But parents do not buy into this as well - that learning is a lifelong journey.

"There is more understanding across schools that children have to be measured more holistically, but some old structures like grading and assessment haven't changed," said Dr Balhetchet.

Mr Brian Poh, a clinical psychologist from the Institute of Mental Health's department of child and adolescent psychiatry, said that children also have other pressures to deal with. These include friendship issues, bullying, sibling rivalry and difficulties with school authorities, he added.

While some children can cope, counsellors said that others may struggle and later develop socio-emotional problems such as anxiety, extreme mood swings or even withdrawal from social circles.

The Primary 5 boy's death has seen some parents relook their own behaviour.

Housewife Karen Chen, a 34-year-old mother of three, said: "Education seems like a rat race, and it does seem that kids are under more pressures today. The recent tragedy is a wake-up call for all parents to evaluate ourselves and how we help our kids manage stress."

Madam Christine Lim, 39, a part-time recruiter who has a son in Primary 2 and daughter in Primary 6, said: "As long as they try their best, I can accept any grade.

"Sometimes I scold them for making careless mistakes or I may threaten to not take them on holidays, but I've never hit them for bad results."

Mrs Tan Kee Leng said she was more careful with her words during the lead-up to her son's Primary PSLE this year.

"He started to get more stressed and couldn't sleep very well," said the 42-year-old who works in a pharmaceutical company.

"Instead of asking him what's the highest mark or how his friends did... we told him we would accept his results and we would move on no matter what."