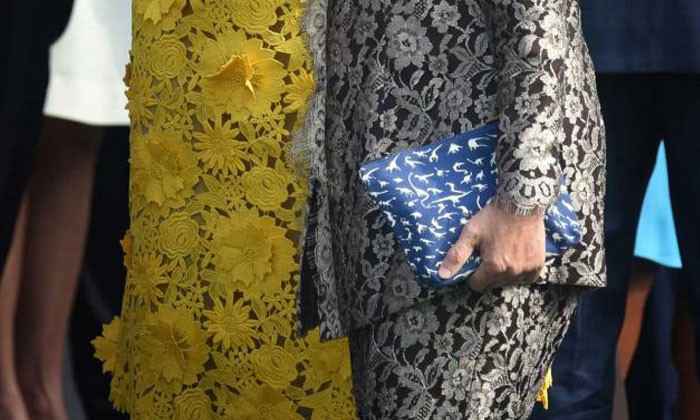 Singaporeans around the world celebrated Prime Minister Lee Hsien Loong's meeting with US President Barack Obama and First Lady Michelle Obama early last week but that was not all that they were pleased with.

Mr Lee's wife, Ho Ching, had grabbed headlines and created an online frenzy because of her dinosaur-motif purse that she carried during the official arrival ceremony.

Both local and international media publications shone light on the blue pouch, specifically because it was designed by 19-year-old See Toh Sheng Jie, an autistic student from Pathlight School.

However, what some sellers on online selling platform Carousell did next was not the least bit celebratory.

Sharp-eyed netizens had spotted at least two sellers putting up the exact same dinosaur pouch that Ms Ho Ching had carried for sale.

One seller had posted a listing entitled 'Stop The Profiteers' regarding these two errant sellers on Saturday (Aug 6).

The seller said in his post that he was "glad" that the two accounts have disappeared.

The posts have since been taken down but the two clutches were apparently going at $22.80 and a preposterous $99, respectively.