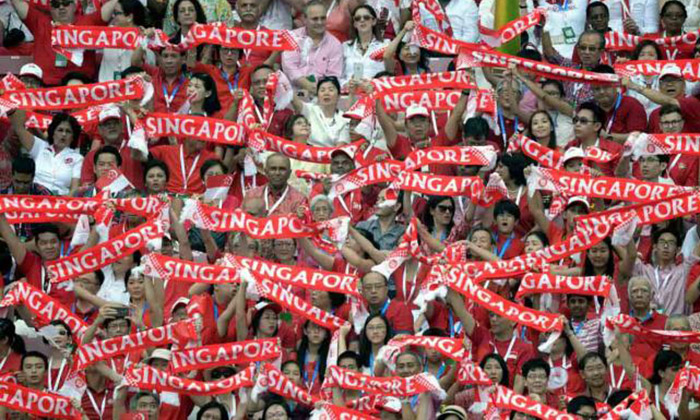 Aiyoh, why did the atas wordsmiths of Oxford English Dictionary (OED) include Ah Beng and mamak in its latest list of entries for its online site after the hoo-ha over the inclusion of 'Chinese helicopter' earlier this year?

The references to the stereotype of an unrefined Chinese man or southern Indian man might be seen as derogatory or even racist in some quarters.

Aiyah, don't be too quick to judge the new words team at the globally respected institution.

They are not bodoh - it's highly likely they're aware that the descriptions could be offensive when they were choosing the new entries.

Yes, we're talking English and about the latest Singlish words that have been internationally accepted as English words.

They include 'aiyoh', 'aiyah' (both expressing some form of disappointment), 'atas' (highbrow),

The Oxford dictionary also gave its nod of approval to more words associated with Singapore and Malaysia food cultures.

Apart from 'kopitiam', which refers to coffeeshop establishments that sell a variety of food, Singapore's popular 'chicken rice' and 'Hainanese chicken rice' plus 'char kway teow', 'rendang' and 'fish ball' also made the list.

The venerable lexicon institution also gladly accepted 'ang pow' and 'hongbao', which refer to the red packets containing money given at Chinese New Year and weddings.

Entries for its regular updates for the online dictionary are picked after researchers gather enough evidence testifying to their common usage historically and currently.

When 'Chinese helicopter' was included earlier this year, some observers called for its withdrawal as they felt it was a nearly forgotten Singlish term.

The earlier updates this year have included some surprising Singlish words.

Famous Singlish expressions like 'lah' and 'kiasu' words were embraced by OED when it launched its online version in 2000, reported The Straits Times.

Also standing out from the dictionary's September update of 1,200 new words and 1,000 revised entries are puzzling 'gobblefunk' words created by the late British author Roald Dahl in his books for kids.

If you're still blur after trying to figure out what is 'uckyslush' or 'grobblesquirt' for years, check out OED online.