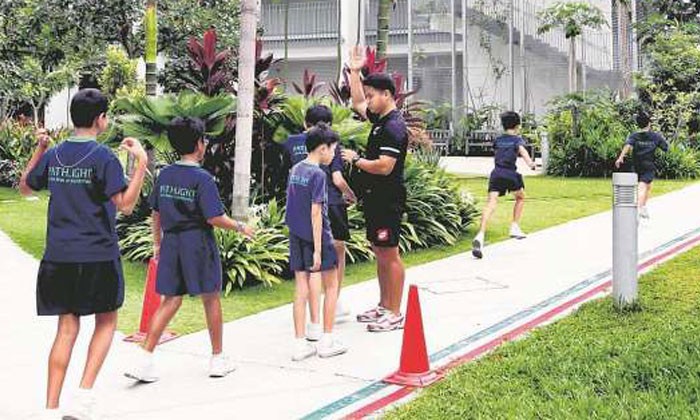 No special needs child will be denied an education because of a lack of finances.

This was the assurance the Ministry of Education (MOE) gave yesterday, highlighting how parents have different avenues for help, from voluntary welfare organisations to government aid schemes. It also pointed out how, on average, it spends 2½ times more on a special needs child than a mainstream student in supporting their education.

Yesterday's announcement that children with moderate to severe special needs must attend publicly funded special education (Sped) schools from 2019 was welcomed by the sector.

But parents had also been hoping that the long-awaited move would see the Government absorbing more of the costs involved in schooling a special needs child. These range from transporting a child needing a wheelchair to school, to other needs such as speech and occupational therapy.

Singaporean children in mainstream schools pay up to $13 a month in fees. The fees are similar for those enrolled in more than half of the 20 Sped schools. But in some cases involving more severe conditions, the fees can climb to as much as $350 - although needy families can apply for this to be waived.

"There are cases where one parent has to stay at home to take care of the child, and the family's earning power drops," he said, adding that more subsidies for them could be helpful.

Housewife Juliah Kasiman, 35, takes her son, who has cerebral palsy, to a hospital for speech and occupational therapy every three months. "It costs about $90 each time, after government subsidies, and it'd be good if this could be further subsidised. Caring for special needs children is not cheap."

Some parents also called for the subsidies to be extended to private education. Housewife Goh Pin Pin, 43, said her eight-year-old son, who has global developmental delay, enjoyed his time at a mainstream kindergarten, so she enrolled him in Victory Life Christian School, which caters to both special needs and mainstream children. It costs $600 a month.

"If education in private schools can be subsidised too, in cases where parents show that private schooling is the best option for the child, that'd be great," she added.

Experts in the disability sector recognised the significance of the policy change as a key step towards inclusiveness.

Ms Anita Fam, who was on the expert panel which recommended in 2012 that special needs children be included in the Compulsory Education Act by this year, called it an "important breakthrough".

Dr Kenneth Poon, from the National Institute of Education's early childhood and special needs education academic group, said it recognises that "every child should have access to education, including those with special needs".