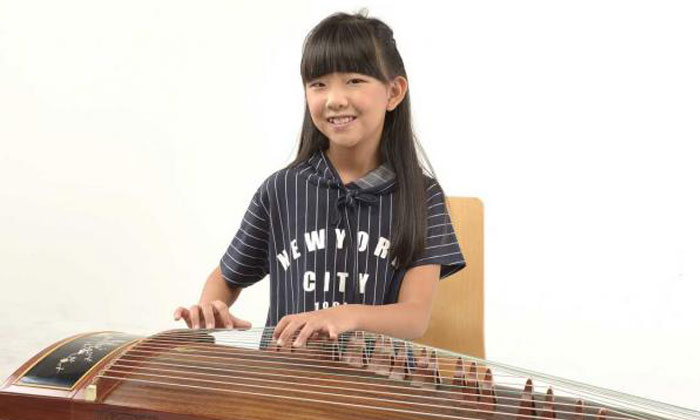 A young guzheng student who plays pop music on her instrument; a ukulele and vocal student who aspires to be a world-famous gamer; an aspiring ballet dancer who enjoys showing her humorous side to entertain. These are some of the young talents who will get to live their dreams at Singapore's major annual children's charity concert, ChildAid, come November.

Aptly themed "Living Dreams", ChildAid 2016 will see 11-year old guzheng student Sylvia Tan whose "biggest dream is to travel around the world and to perform at different concerts" fulfil part of her dream on 18 and 19 Nov at Resorts World Sentosa. Sylvia will perform with 20 members of local harp ensemble, the Rave Harpers, for her showcase. Similarly, Megan Lau, 15, who religiously trains daily and hopes to do Singapore proud on the international dance stage, will also have an opportunity to display her emceeing skills aside from dancing in one of the song segments.

For 2016, the 90-minute show will feature song, dance and music performances by about 170 talents aged 19 and below, who were selected from auditions held earlier this year.

The concert will also present some unique collaborative pieces by young musicians. Said Mr Jeremiah Choy, ChildAid's creative director, on the concert's artistic direction: "We facilitated the performers' imagination and experimented with different combinations to showcase the best of our performers. Many of them proposed interesting ideas to translate their dreams into pieces which they could perform onstage. For instance, when we paired vocalists Nandini, who is rather shy, and Zhe Ee, who is an outgoing ukulele player and avid gamer, they each suggested their favourite songs and discussed how they could collaborate. Eventually, they came up with a creative mashed-up version of Maroon 5's Daylight and Imagine Dragons' Radioactive."

In line with its theme of "Living Dreams", this year's concert will also see a special segment that documents the achievements of the beneficiaries of both the charities.

Mr Alvin Tay, ChildAid's co-organising Chairman and Editor of The Business Times, said: "Living Dreams is a portrayal of the hopes and aspirations of the young performers and the beneficiaries of STSPMF and BT BAF, whom ChildAid supports. 2016 has been a spectacular year with breaking news of many young Singaporeans 'living their dreams' such as Joseph Schooling and ex-ChildAid alumnus, Nathan Hartono. We hope to celebrate the dreams of those who have persevered on a road less taken and achieved success in spite of their odds, especially those who were less privileged. This year's concert will feature stories of the many who have benefited through the two children's funds and have blossomed through the years of support."

Tickets will be available at all SISTIC outlets from 28 October onwards.

The public can also support the two child charities by donating to http://bit.do/ChildAid2016.

Related Stories
S'pore kids wow crowds with recycled cosplay costumes
Kid wants to be the next Joseph schooling -- and boy does he have some neat skills!
Plucky 11-year-old boy who lost both legs in accident overcomes all obstacles to climb mountains in China
youths
child
talent
student
school
dance
singing competition