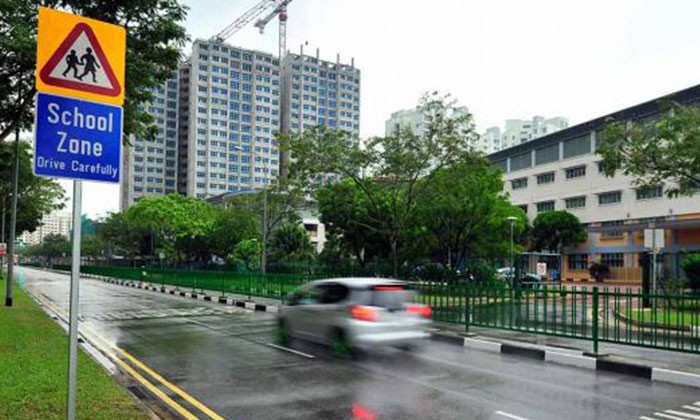 A new Uber-like service set to launch next year aims to get children to carpool to school by having parents who are driving their children pick up others along the way.

But a school transport association yesterday raised concerns over whether the Schoolber service - which started taking registrations from parents last month - was legitimate and covered by insurance.

Schoolber works by matching children in the same school living up to 2km from one another. One of them will have a parent who drives and is willing to ferry the others.

Parents negotiate a fee between themselves to help cover costs such as petrol and may also take turns to drive. Schoolber recommends a fee of between $70 and $150 a month, depending on the distance and whether the rides are one- or two-way.

The car pool allows children to leave home later than if they take a school bus, which makes more stops. Bus fares vary, but range from about $80 to as much as $300.

Suggesting that Schoolber could be a "pirate" taxi service, Mr Wong said at a press conference: "If they (parents) are willing to help (one another) voluntarily, then that is good... If they are collecting a fare, (then) it's different."

Mr Wong also questioned if parents should allow other parents to drive their children. He said school bus drivers are vocationally trained and go through background checks.

But when asked if SSTA's concern stemmed also from the competition from a service like Schoolber's, Mr Wong declined to comment on its impact on the industry. The SSTA has about 1,200 members, from self-employed bus operators to owners of transport firms. They run a combined fleet of 3,500.

Schoolber's co-founder, Madam Charlemagne Lim, 44, said about 4,000 parents have put in their requests, and it has enlisted 500 parent-drivers to date.

She defended Schoolber against the SSTA's concerns, saying it adheres to carpooling laws as parents do only two pooled trips a day - what is legally permissible - and collects a fee only to cover costs.

To put in a one-way trip request, parents have to pay $30 for a year. For two-way, it is $60. If a match is unsuccessful , this will be refunded.

Madam Lim, a mother of three who started Schoolber with her husband, said: "The parent is driving his own kids in the car, so he also has to ensure their safety."

Insurance lawyer Lim Hui Ying said carpooling laws exempt drivers from the need to have vocational licences, but while this legalises such transport arrangements, insurance coverage is another matter.

Ms Lim, a partner at Withers KhattarWong, added: "Whether or not there is insurance coverage is entirely determined by what is covered in the policy."

Schoolber's Madam Lim, however, said no commercial insurance is required as the service is a carpooling arrangement.