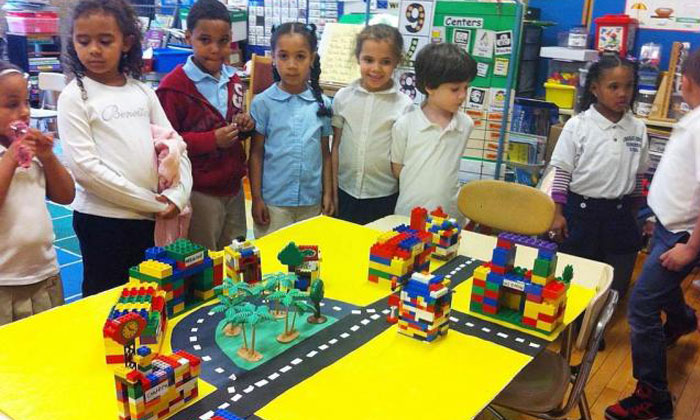 Educators in publicly funded pre-schools in Boston are on the same pay scale as those teaching in primary schools if they have the same qualifications, learnt some Singapore pre-school principals visiting the American city.

Mr Jason Sachs, the director of the early childhood education department in Boston Public Schools (BPS), told them: "This same pay scale is one of the reasons, I believe, that we are getting the results we have. These teachers are of the same quality as those in (higher education levels), and that's really important."

He was speaking two weeks ago to 24 Singapore pre-school heads taking part in Principal Matters, a leadership programme led by local philanthropic house Lien Foundation. The six-month programme aims to help principals be more effective leaders and improve the quality of pre-school services.

BPS pre-school educators generally get a starting pay of about US$55,000 (S$76,100) per year with a bachelor's degree. They have to earn a master's degree within five years, and their pay can reach US$75,000 a year then, said Mr Sachs.

In Singapore, all new teachers must have at least an early childhood education diploma, but more degree holders have been joining the sector too.

Pre-school teachers earn an average of $2,200 to $3,000, based on data gathered by the Early Childhood Development Agency last year.

This is usually lower than that of primary school teachers.

Ms Amy O'Leary, an adjunct professor in early childhood education at Wheelock College in Boston, told The Sunday Times that about a decade ago, higher education programmes for pre-school training were closing down when a pre-school educator's average pay was only US$25,000 a year.

"Why would you go get a four-year degree if you're going to make only that amount of money?" she said.

The public Beep pre-schools are known for their inclusive model, and about a third of their children have special needs.

Mr Sachs has been leading the BPS early childhood education department for more than a decade, and he leads a team of career coaches - who each earn US$100,000 a year - and curriculum experts.

Teachers get professional development generally in the form of monthly seminars and one-on-one training from job coaches who go into the classrooms every week or every two weeks.

BPS also decided to "mandate" what teachers should teach, so there is consistency across the pre-schools, said Mr Sachs.

In 2013, a Harvard study found that the academic gains achieved by children in the BPS early childhood programmes were the "largest found to date in evaluations of large-scale public pre-kindergarten programmes (for four-year-olds)".

A BPS study in 2014 also found that participation in its programme for four-year-olds closed "achievement gaps" between racial groups - black and Hispanic/Latino children in the programme performed better in literacy tests than white pupils who were not in the programme.

BPS pre-schools get funding from the city of Boston, the state of Massachusetts and federal funds. Mr Sachs also has grants from private and philanthropic groups.

It also helps that the Boston mayors - Mr Thomas Menino who served till 2014, and his successor Mr Martin Walsh - see investment in pre-schools as the key to a better workforce, said Mr Sachs.

Despite a budget deficit, Mr Walsh committed US$3.1 million to public pre-schools for the 2016-2017 fiscal year.

Ms Iris Lim, principal of local pre-school Chiltern House, was one of four mentors who went on the Boston trip.

She said: "For the private sector, we don't have as much funding as primary schools, so we can't pay our teachers as well. Our retention rate at Chiltern House is high because of other factors such as medical benefits and the school culture."

Lien Foundation chief executive Lee Poh Wah said: "There is little impetus and it is also not sustainable for private operators here to supplement teachers' pay. The Ministry of Education kindergartens and anchor operators (which get government grants) can lead by example... and strive for pay parity with primary school teachers.