Aww! Student buys trendy new shoes for classmate being bullied over his sneakers 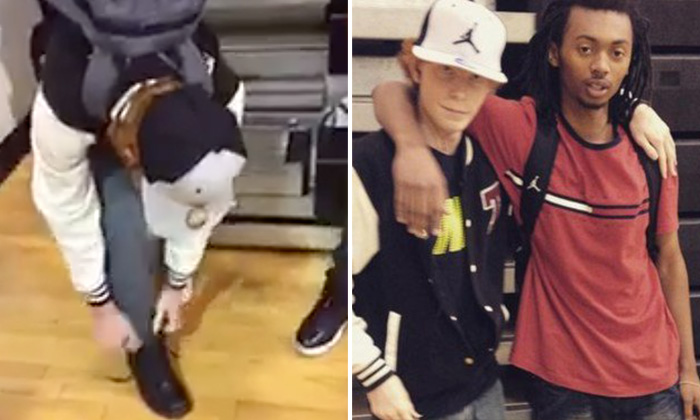 The heartwarming video of a student in America who bought his classmate a pair of Air Jordans after he saw him being bullied over his shoes has gone viral.

According to Distractify, the classmate, Taylor Bates, would often get bullied by his classmates.

However, Taylor's classmate, Tae Moore, would not stand for the bullying.

Instead, Tae went out and bought Taylor a pair of Jordans.

“This kid go to our school named Eazy-E.

"He likes to rap, and he said he wants to be a rapper.

"He is just trying to chase his dream, but kids at school like to bully him.

"They pick on him and talk about the way he dresses and looks.

"So I went and bought him a pair of Air Jordans."

Tae then posted a video of the touching moment on Facebook on Nov 4 and has since garnered 2.8 million views and 73 thousand over shares.

"That is exactly how we are going to end this racism in America.

"It takes one good kid to see potential in another good kid, regardless of his color," Bryana added.

Related Stories
Aww! Mum teaches her daughter to use a self-love mirror after she gets bullied for her dark skin colour
The note that girl found attached to balloon on its way to 'heaven' will make you cry
This father did the sweetest thing to get his daughter a new traditional costume for Deepavali
heartwarming
kind-hearted
school
student