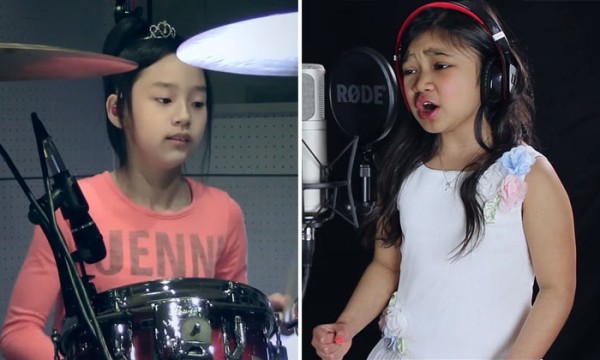 It's been 25 years since the release of Michael Jackson's iconic song "Heal the World", but the message it promotes has only grown more prominent over time.

As a tribute to the late king of pop, Mumbai-based music duo Maati Baani has recorded a brand new version of the anthem performed by 45 child music prodigies from all around the world.

From tap dance to vocals, to beats played on a washing machine, the children's rendition of the Michael Jackson classic was put together with the magic of the Internet.

According to Times of India, the child performers did not meet the husband and wife team or even each other for the recording of the song.

One of the performers, Sparsh Shah, 13, a New Jersey teen who suffers from brittle-bones disease, even wrote an original rap for the global tribute.

Maati Baani member Nirali Kartik was quoted by Huffington Post India as saying: "We are living in times which are not peaceful. We witness violence directly or indirectly everyday."

"We felt that it was the right time to do this and a great way to send a message to people affected by violence that we care and we are with you."

The performers' efforts have paid off, and the video has garnered close to 16 million views on Facebook since its release on Aug 29, which is also Michael Jackson's birthday. The pop icon, who died in 2009, would have turned 58 this year.