1st primary school to accept deaf students to be revealed 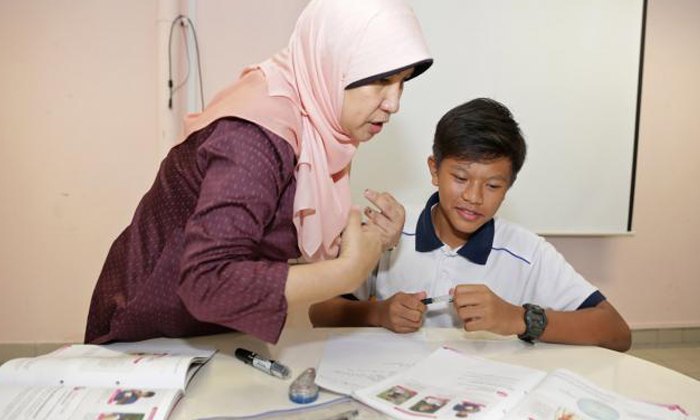 A PRIMARY school will be designated to accept deaf children who use sign language from 2018.

The primary school will be in a central location and further details will be revealed later, the Ministry of Education (MOE) said yesterday as it announced the development.

It will be the first primary school designated to take deaf pupils, although there are already four that cater for them at secondary level, after they pass their Primary School Leaving Examination.

Outram and St Anthony's Canossian Secondary both cater for students who learn via the oral approach, which focuses on using the spoken language, lip reading and voice training. Balestier Hill and Boon Lay secondaries both cater for sign-language students.

From next year, the latter two schools, which have fewer than 15 such students, will be replaced by Beatty Secondary School in Toa Payoh due to falling student numbers.

In a statement yesterday, the MOE said designated schools have teachers trained to support these students using methods such as sign interpretation, social emotional support and assistive technology devices.

It added: "With a small number of these students (using sign language), locating them in a single designated secondary school will provide students with a greater sense of community, with more opportunities for mutual communication through signing, social interactions and peer support.

"This will also allow better pooling and strengthening of specialised resources within one location."

The MOE will continue to tap the expertise of the Singapore Association of the Deaf (SADeaf) to increase the number of trained staff in the newly designated schools.

Irene Yee, president of SADeaf, said sign language will be used as the language of conversation and to support instruction for such students in these schools.