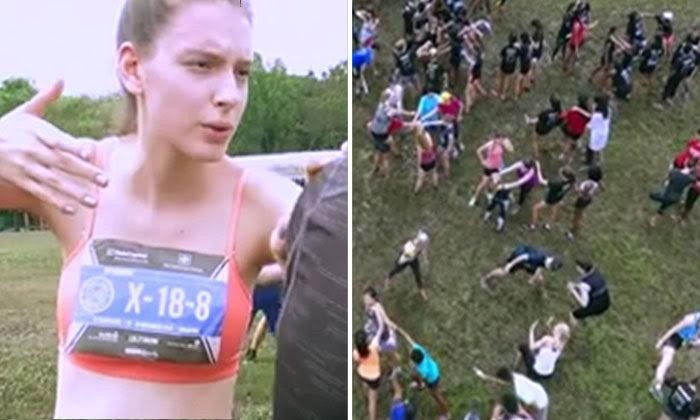 An injured and exhausted 17-year-old, Malaysian student was was limping around the running track, Benjamin Tan said, " "I was so tired, my legs were killing me but I know I was running for a greater cause to help people who are enslaved and being trafficked around the world,"

According to Reuters via AsiaOne, the races were held in Malaysia, Singapore and Hong Kong over the weekend.

'24 Hour race' is an initiative which were founded in Hong Kong in 2010 under the charity Running to Stop the Traffik and it aims to raise awareness and funds towards battling with modern slavery through the race.

Tan mentioned how the race helps him to get closer to understanding the conditions of modern-day slavery.

There are eight runners in each team and they take turns to run non-stop for 24 hours.

Tan said, "I still won't be able to relate to what slavery victims are going through but it helps me to understand their condition a bit better.

"I have a choice to give up any time, slaves don't."

According to the 2016 Global Slavery Index by the Australia-based Walk Free Foundation, almost 46 million people around the world are living as slaves, forced to work in factories and mines or trapped in debt bondage.

The Index also mentioned that two-thirds of the people in slavery are in Asia as it provides low-skilled labour in global supply chains producing food, clothing and technology.

"Modern slavery affects us on many different levels but sometimes we see it, we just don't realise that is modern slavery," said Michelle Lee, 17, who organised the Kuala Lumpur race said.

She mentioned how the race gave young people a platform to understand and explain modern slavery to the public when they embark on the fundraising campaign.

She also cited the example of migrant domestic helpers who are commonly employed in Malaysian households to clean and cook but many of whom are denied their basic rights.

This includes cases of employers confiscating the domestic workers' passports or denying helpers their weekly day off.

The fundraising campaign this year aims to raise HK$3 million (S$550,000) and the fund will be donated to six charity groups which help slavery and trafficking victims.

According to its chief executive Paul Balluff.  the campaign, which runs until mid-December, has raised about a third of its target so far.

More than 150,000 students had taken part in the race in previous years.

Watch the video of the runners doing the mannequin challenge below: