Flock of ducks spotted crossing the road: Don't they just quack you up? 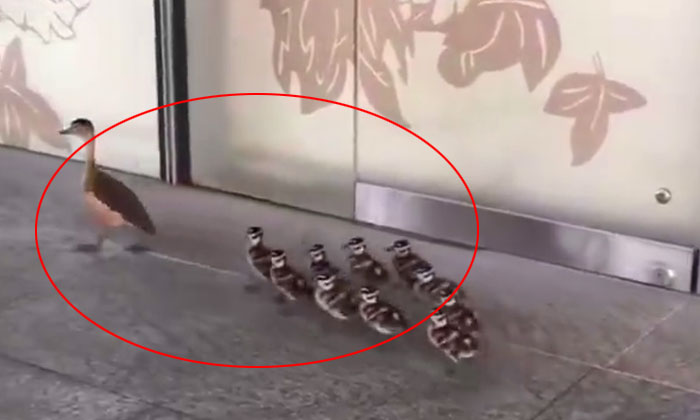 A mother duck and her 10 little ducklings have waddled into the hearts of Singaporeans after they were spotted in the city on Wednesday (Jan 18).

Social media posts featuring the cute birds showed them marching around the Marina Bay Financial Centre, crossing a road and even checking out art at the National Gallery Singapore.

A video shared on SGAG showed the ducklings chirping away as they trailed behind their mother in formation.

Many gushed at how cute they were, while others made "fowl" jokes.

"The ducklings line up better than we do in primary school," said Jrui Ljr.

Food of course was not far from Singaporeans' minds as they jibed about the ducks landing on dinner plates.

"They are on their way to the duck rice stall," said one.

Some were surprised that Singapore has wild ducks.

The fowl are likely to be a species of whistling duck, based on their markings.Two species can be found in Singapore, the Wandering Whistling Duck and the Lesser Whistling Duck.

The Lesser Whistling Duck was seen at Gardens by the Bay in recent years. They can also be found at the Istana, Sungei Buloh and other wetland areas.