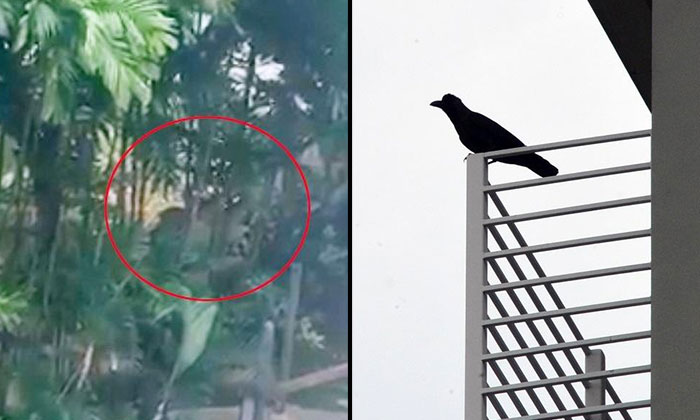 A series of crow attacks at a bus stop in East Coast has left many commuters alarmed.

A total of 11 attacks were recorded last Sunday (May 14), with a woman injured by the sharp talons of the crows, reports Shin Min Daily News via Lianhe Zaobao.

The bus stop rests in a junction between East Coast Road and Telok Kurau Road.

The female victim, whose head was injured, told reporters that she had spent over S$200 on tetanus injections after the attack.

“After I returned from the hospital where i got my shots, I met another man who was attacked by the crows.

“On my way home, I heard people screaming, and saw a woman clutching her head.

“I think she got attacked too.”

According to the victim, six woman and five men were attacked that day.

She also recorded a short video, showing a passing motorcyclist being chased by the angry birds:

“Whenever anyone passed by the bus stop, the crows would start cawing loudly.

“They would then swoop in and attack the unsuspecting victim.

“They’re quite accurate too.

“Luckily the motorcyclist was fast, or he would have gotten injured as well.”

The authorities were alerted to the attacks and situation has been rectified.

The victim added that three days after the attack, she had seen a group of personnel chasing the crows away.