Want to marry Thai durian seller's daughter and get $425,000? Here's the challenge 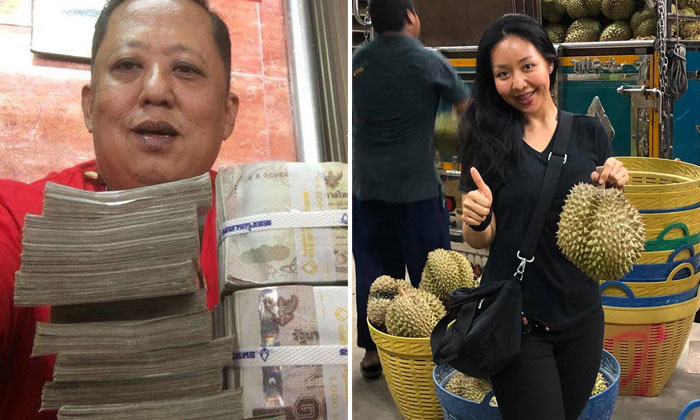 A Thai durian tycoon is offering 10 million baht ($425,000) and inheritance of his durian business to the man who wins his 26-year-old daughter's heart.

According to local media, Mr Arnon Rodthong, 58, is holding a tournament to pick a husband for his youngest daughter.

He posted the challenge on social media on Monday (Mar 4) and since then, over 10,000 men have applied for the position.

Mr Arnon gave details on what his potential son-in-law would have to do to win his business and his daughter's hand:

"Pack all your clothes and necessities, and be prepared to stay and work in my durian plantation for three months.

"If there is more than one of you left (after three months), we will extend (the stint) for another three months... until there is only one man left."

Mr Arnon, whose plantation is in the eastern province of Chantaburi near the resort city of Pattaya, was quoted saying: "I want someone to take care of my business and make it last."

The course of true love never did run smooth.

But what does his daughter, Karnsita Rodthong have to say about all this?

"I only want a man that I can bring to social events and take selfies with."