Love Story: Our relationship is proof that opposites really attract 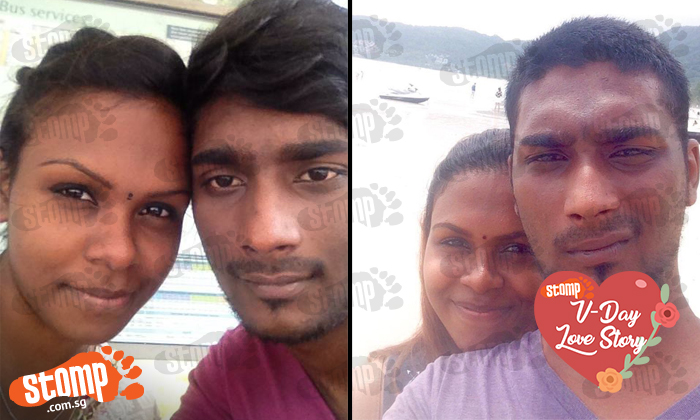 Sometimes, we fall in love with the most unexpected of people.

Uma and her partner Vijay initially disliked each other, as she found Vijay arrogant, while Vijay claimed that he did not believe in love.

Yet little by little, they fell in love with each other.

For two people who were at odds with one another, Uma and Vijay’s love story is proof that opposites really do attract. Now, they are eagerly awaiting the time when they can walk down the aisle together.

“We never thought we would fall in love with each other but we did.

“But unlike couples that already knew each other and were already friends before becoming a couple, we were sort of unique because we used to hate each other at the start.

“According to him, he did not believe in love and relationships after seeing his friends being cheated on. As for me, I actually thought he was arrogant but I somehow knew that there is always a side of a person that believes in soulmates.

“And worse of all we were of different ends. His world and mine were total opposites.

“But you know what they say, opposites attract!

“As our friendship was going nowhere due to our shyness and ego, our group of friends decided to matchmake us by meeting up everyday as well as letting us talk to each other. But to be honest, we were unknowingly falling in love with each other each time we look at each other.

“Each time I thought I had fallen more for him, he would make me feel like this was never going to work by shooing me away.

“One day, Vijay came to meet us with a sprained right wrist and I could see that he was really in pain. I could see from the side of my eye that he was secretly checking me out. But Vijay would never make it obvious.

“A couple of hours later, one of my friends brought home cooked food for us to eat.

“As I saw him struggling to eat with his sprained wrist, I let go of all my ego and decided to feed him instead.

“Though he was shy and ashamed to being fed, he let me feed him. I remember him telling me he was confused and touched on why I did so although being a third person.

“When he stood up to walk, I let his wrist rest on my shoulder.

“And that was the very moment, my friend decided to click our very first memorable photo.

“Things seem to get along quite well after that, where he gave in a few times to talk to me. Till this date, he would tell me that his definition of women changed when he saw me. And he will be extra close to me each time I wear the green shirt (in the attached photo) as it reminds him of the day I swept him off his feet.

"One thing I really love about him is that he always prioritises me before himself.

"Some of our most memorable experiences together since we got together include being like kids when we saw snow (although it was not real snow) at Snow World Genting. We ran around like mad children throwing snow on each other laughing away at our craziness.

"That day, he also surprised me at the last minute when we went to USS for Halloween Horror Nights 2016. Throughout the whole day, he made me think we weren't going to make it, and he kept the surprise for the last. The screams and laughter of haunted houses and terrifying rides at night was crazy and memorable.

"When he flew overseas, I had the worst days of my life in all our five years together, as I couldn't accompany him due to work. But though he was on vacation, he never failed to video call me most of the time in the hotel. I was so touched by his thoughts .

“Vijay was the best thing that has ever happened in my life. After losing my mom and being lonely all this while, he has showered me with so much love and affection.

“And till this date, I feed him his food.

“When I ask him why, he would say: "I just can't explain why but I love it when you feed me, but I would never want you to stop feeding me even when we get old.”

“There were many ups and downs in our relationship but nevertheless we would forget it the next day and talk things out.

“Although we were rejected by his parents and my dad for us being together due to astrology, we stand strong in our love and have to prove to people to this date that we are meant for each other.

“We can't wait for the moment to exchange rings and walk down the aisle together which will be happening real soon.

“I cannot thank god enough for sending me an angel to fix my life. He has always been a motivator who never fails to give up on me. We encourage each other when studying and working to move forward.

“My best friend of all time is my fiancé, and our love will never fade off.

“I would like to wish my baby a Happy Valentine's Day! ❤️” 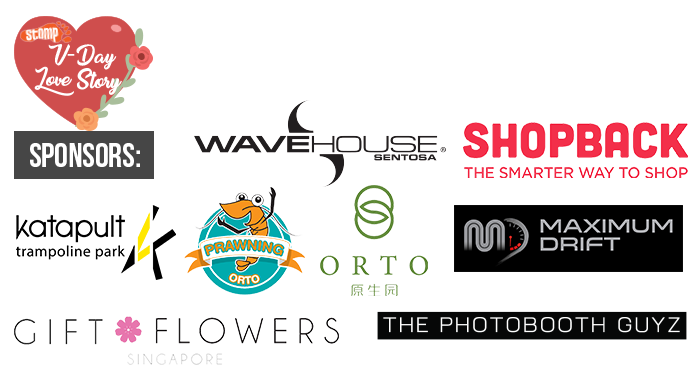 Related Stories
Share your love story and win prizes worth $3,000 for the perfect Valentine's Day
Love Story: I met the girl of my dreams at NDP rehearsals
Love Story: From demanding and troublesome customer to the love of my life
V-Day Love Story 2017