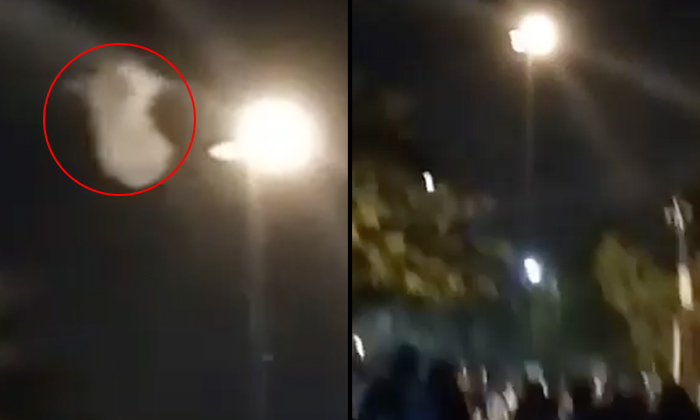 Ghost sightings are abundant on the internet, and a recent example is the viral video of a supposed ‘kuntilanak’ from Indonesia; netizens have collectively crowned it as the ‘clearest video‘ taken of a kuntilanak.

For those who are a little rusty on supernatural studies, the kuntilanak is a ghost of the Indonesian folklore, said to be a vengeful spirit of a woman who died while pregnant, and it often adopts the form of a bird to suck the blood of virgins or young women.

The video was first shared by Facebook user Muhammad Adjant last Thursday (Jan 5) and it has since been shared over 19k times on Facebook alone, reports Coconut Jakatar.

In the video, a white apparition is seen emerging from a street lamp post. hovering over a crowd below.

It lingers for a while before disappearing, while the people below seem to be engaged in a brawl.

Some sceptical netizens however, have commented that the kuntilanak in the video may be nothing more than vape smoke, which is usually very thick and takes a while to dissipate, or even a plastic bag.

Watch the video below and decide for yourself.