Nice photo guys, but who is that long-haired figure behind you? 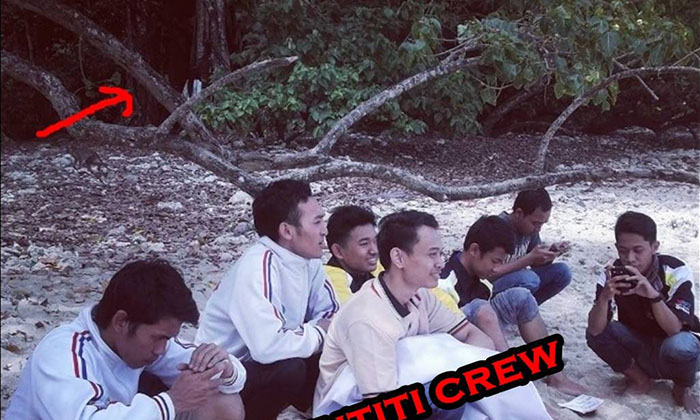 Group photos capture the joy friends or families have on a fun outing together.

Sometimes, however, the photos capture something far more sinister.

Just ask this group of men. They know all about such situations.

All they wanted was a nice photo of themselves enjoying the moment during their trip.

What they got was a spooky reminder that they might not be only ones in that vicinity.

A photo they shared with Pencari Entiti Crew shows the group at a beach.

Except, there is a creepy, long-haired figure behind them.

And, they did not see such a person until they saw the photos they took.

Related Stories
Smoke or something sinister? Spooky video shows 'spectral figure' emerging from street lamp in Indonesia
Spooky encounter at Sembawang forest: Banana tree sways even though there is no wind
So spooky! Fitness corner equipment mysteriously moves by itself
ghost
creepy
spooky