For real? Video allegedly shows woman's spirit after she is killed in crash 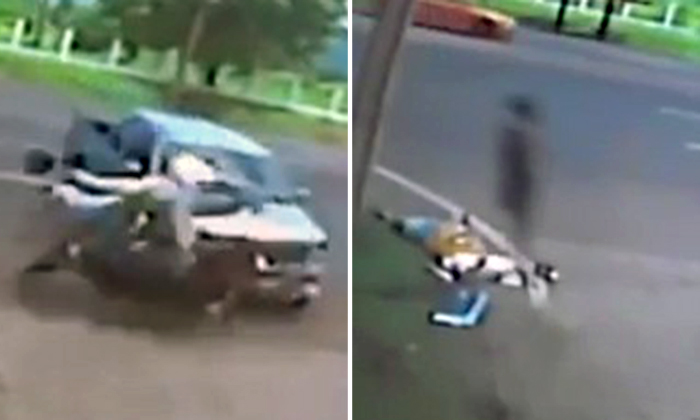 Spirit, or video editing? Perhaps you can decide for yourself after seeing this clip.

A YouTube video shows a horrific crash between a car and a motorcycle.

The turning car hits the motorcycle, sending the rider and pillion rider flying.

The pillion rider, a woman, hits a lamppost nearby and falls to the road.

At that moment, a shadowy figure seemingly materialises out of thin air next to her.

Many rush over to check on the duo, but no one seems to be able to see the shadowy figure.

While some viewers suggested that it may be the woman's spirit, others thought otherwise.

Most said it was an edited video, and a poorly edited one at that.

Many suggested that the way the 'spirit' appears at the scene looks like a video editing effect.